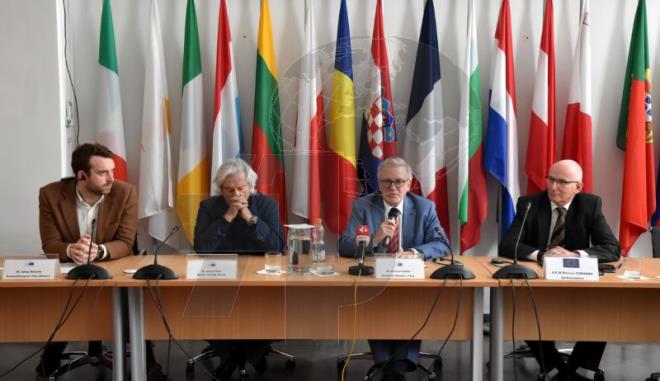 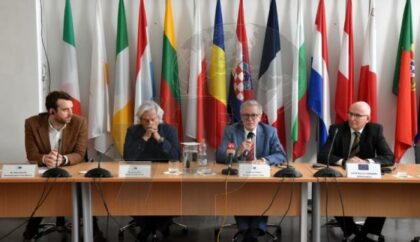 Members of the European Parliament’s Foreign Affairs Committee, who visited Tunis this week, urged all political stakeholders in Tunisia to hold «a real inclusive dialogue as soon as possible» so as to resolve the political and economic crisis.”

At a press conference held at the headquarters of the European Union delegation in Tunis, MEPs stressed the need to launch a comprehensive and well-structured political process involving political parties and civil society activists in a bid to help Tunisia overcome political and economic crisis, reports TAP news agency.

Head of the delegation and permanent rapporteur for Tunisia in the Foreign Affairs Committee Michael Gahler underlined that the process of political reforms, which began with the online consultation, should be accompanied by of an economic recovery plan.

The European Union notes with concern the «dramatic» deterioration of the economic and social situation in Tunisia, which has been exacerbated by the repercussions of the COVID-19 pandemic as well as the war between Russia and Ukraine, he was quoted by TAP as saying.

«We are always ready to provide technical and financial assistance to help Tunisia surmount its crisis,» he pointed out, adding that the EU will follow up closely the evolution of the political process and the implementation of the roadmap announced by President Kaïs Saïed.

Regarding political reforms, members of the delegation expressed the European Parliament’s willingness to participate in the evaluation of options for electoral reform.

Gahler called on Tunisian authorities to draw inspiration from the expertise of the European Commission for Democracy through Law (Venice Commission), particularly democratic reforms and achievements.

Concerning the financial support of the European Parliament, member of the delegation Javier Nart indicated that “the signing of budget support agreements between Tunisia and the EU requires the achievement of real democratic gains.»