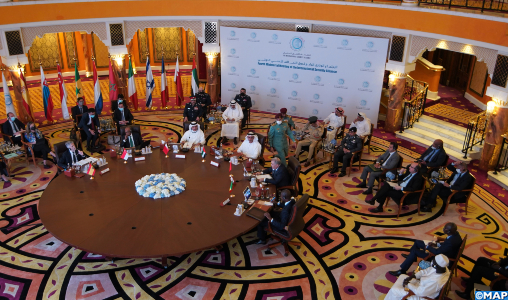 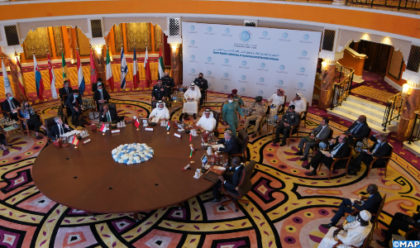 Interior Minister Abdelouafi Laftit highlighted, on Tuesday in Dubai, Morocco’s commitment to the efforts aiming to protect the international security system against any slippage.

Speaking at the ministerial meeting of the International Security Alliance (ISA), Laftit said that the establishment of an international security coalition, bringing together a set of influential countries in the global security decision, comes within the framework of geostrategic transformations that the world is experiencing, and which require more joint efforts to protect the international security system against any slippage.

Morocco’s adherence to these international efforts emanates from its deep conviction that, despite the achievements in the fight against terrorism, the world continues to be under the threat of terrorist movements of Al Qaeda and Daesh, and their branches, and have shown a capacity to adapt with the various geostrategic transformations, said the Minister.

Recalling that the Sahel region is experiencing intense activity of various organizations such as Al Qaeda in the Islamic Maghreb, the Group of Support for Islam and Muslims, as well as the Islamic State in the Great Sahara, Laftit stressed that the terrorist threat posed by these groups for the countries of North Africa and the Mediterranean continues to intensify.

He said in this sense that a link has been established between these terror groups and polisario-linked elements, adding that the leaders of some of these terrorist organizations include individuals from the separatist front.

In addition to the fight against terrorist acts, the minister noted that the world is facing a growth in cross-border crimes. These crimes are constantly changing thanks to modern communication tools and illicit funds, allowing to commit criminal acts that threaten the stability of countries and societies, he said.

Laftit surveyed the efforts made by the Moroccan authorities in the fight against organized crime gangs that try to take advantage of the Kingdom’s geostrategic position to practice their activities, revealing that the Moroccan authorities are fully aware of these risks and are concerned to accompany the development of methods of organized crime, including through the qualification of human resources of security services.

Morocco has put in place effective systems to control its borders and raise vigilance level in various land, air and sea checkpoints, in order to control any use of false documents, he explained, adding that significant human and logistical resources have been mobilized along the land borders of the Kingdom and at the level of the Atlantic and Mediterranean coastal strips.

The efforts made by the Moroccan security services, in coordination with the European authorities, particularly Spain, have helped limit the flow of migrants to Europe through Morocco, said Laftit. However, the control of this flow requires more human resources, materials and logistics.

The Minister also called for the establishment of a common assessment of the level of risks presented by the various cross-border criminal phenomena, stressing a better exchange of information and best practices, at regional and global levels and on strengthening international cooperation, in order to make the ISA a platform to innovate new approaches to this cooperation.

Morocco attaches great importance to international cooperation, he said, explaining that the Kingdom continues to actively contribute to international actions aimed at combating terrorism, and this through the exchange of expertise and experience and best practices in this area. In addition to the minister, the delegation includes Idriss Jouhari, Director General of Internal Affairs, Khalid Zerouali, Director of Immigration and Border Surveillance, and Mohamed Moufakir, Director of International Cooperation.

The Dubai-based ISA group, officially launched in 2017, is formed of UAE, Bahrain, France, Italy, Spain, Morocco, Senegal and Singapore. The member countries coordinate actions and share expertise, data and intelligence on terror & extremist threats and track down their funding sources.

This alliance reprsents an international working group, meant to fight extremism and cross-border crimes, with the aim of strengthening the security and safety of member countries.