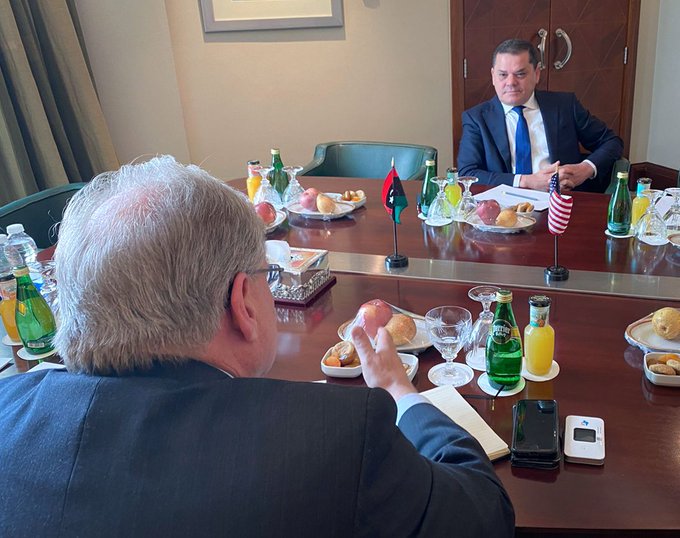 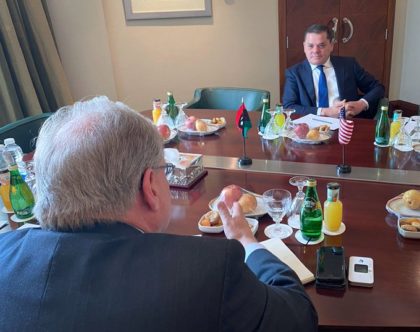 The US ambassador to Libya Thursday called on outgoing Libyan Prime Minister Abdulhamid Dbeibah to engage discussions with Fathi Bashagha, designated by the parliament last month, to avoid the escalation of violence, the US mission in Libya said in a statement.

Ambassador Richard Norland travelled Wednesday to Tripoli for consultations with various Libyan top officials and figures over the situation in the country on the edge of fresh violence as Dbeibah refuses to hand over power despite his removal by the parliament early last month over his alleged failure to organize much-waited-for Dec. 24 election.

“GNU PM Abdulhamid Dbeibah and I discussed the current political situation with a particular focus on preventing any outbreak of violence. We also discussed the responsible distribution of Libya’s oil wealth for the benefit of all the Libyan people,” Norland said, according to the US mission statement.

“I urged the immediate re-opening of #Libya’s airspace to domestic flights. As Libya enters what everyone hopes will be the final stages of interim governance, I emphasized the importance of participating in good faith mediation efforts to help Libya maintain stability,” the US diplomat added.

Dabeibah has closed the country’s airspace to all domestic flights in a move to prevent Bashagha’s cabinet to take oath before the parliament and to take office in capital Tripoli.

During talks with the UN Chief on the phone, the former Interior Minister stressed that “the government’s main goal is elections and achieving the aspirations of the Libyan people”.

On Wednesday, the UN political affairs chief told the Security Council that amid a political impasse that threatens to see Libya fractured again by two parallel governments, the priority must be maintaining hard-won gains and fulfilling the electoral aspirations of nearly three million registered voters.

“Libya is now facing a new phase of political polarization, which risks dividing its institutions once again and reversing the gains achieved over the past two years,” she warned.