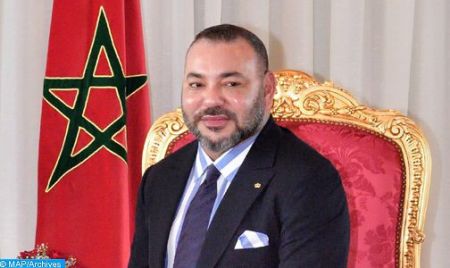 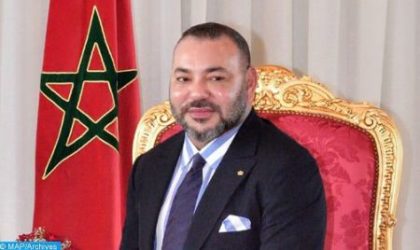 King Mohammed VI has outlined the challenges facing the partnership between Africa and Europe and the priorities that should be on top of this partnership, such as education, youth employability, and migration.

In a speech he addressed Friday to the ongoing 6th European Union-African Union Summit, held in Brussels, King Mohammed VI pointed out that “guaranteeing education, accelerating the training and employability of our youth, promoting culture, putting migration and mobility in order are the challenges of the Partnership between the African Union and the European Union.”

“These future-oriented objectives should inspire and inform our approach to the AU-EU Partnership. Neither Africa nor Europe can achieve them on their own. We have a common responsibility, and our interest in this is no less significant,” the sovereign underlined in his address that was read out by Foreign Minister Nasser Bourita.

The King explained that “the real accomplishment of the partnership between the African Union and the European Union is not to bring together 81 countries, but rather to make them pledge resolutely to promote peace, stability and shared prosperity; in other words, to make them commit to the future of all citizens – African as well as European.”

It is only natural that, in keeping with history and the requirements of a shared destiny, Morocco should simultaneously address Africa, a continent to which it belongs, and Europe, its neighbor and closest partner.

“Education, culture, vocational training, mobility and migration are the priorities of my action, whether it is in Morocco, in Africa or in the framework of our partnership with the European Union,” he insisted, explaining that “the principal reason for this is because these themes essentially concern youth, which is our human capital. It is on them that the Partnership between the two continents should capitalize in order to achieve its full potential.”

“Another reason is that these major sectors have been hard hit by the pandemic, which requires us to take joint action, on a large scale.”

Focusing on the area of education, King Mohammed VI recalled that at the height of the pandemic, 94% of the student population in the world suffered school closures. “We therefore need to ensure the continuity of education, taking into account the new context of digital transformation in this domain. Although global, this requirement is particularly crucial in Africa, a continent where 50% of the population is under 20,” he said, adding that “our schools, universities, and vocational training institutions need, just like our respective economies, a robust recovery to make up for the 1.8 trillion hours of lost schooling.”

The Sovereign also stressed the need to re-establish cultural cooperation mechanisms in order to reinvigorate the sector of culture, hard hit by the pandemic, be it in economic terms, or from the standpoint of access, noting that this sector is a real lever for bringing people together in Africa, in Europe and also between the two continents.

Tackling the issue of migration, the king pointed out that the pandemic has shown that in terms of mobility, migrants do not have a harmful effect on the economy. “On the contrary, they have a positive impact in their host country – where they are often “essential workers” – as well as in their country of origin. We should therefore take the question of migration for what it is: it is not so much a challenge as a host of opportunities.”

“As the African Union’s Leader on the issue of migration, I have always sought to dispel misunderstandings. And this is, by the way, the purpose of the African Migration Observatory, whose creation I personally encouraged. The Observatory’s mission is to provide objective data; to re-establish the truth; to reconcile the interests of Africa and those of Europe when they appear to be contradictory; and to replace the security-first approach with the mobility-development continuum, in keeping with the humanist spirit of the Marrakech Compact,” King Mohammed VI said further.