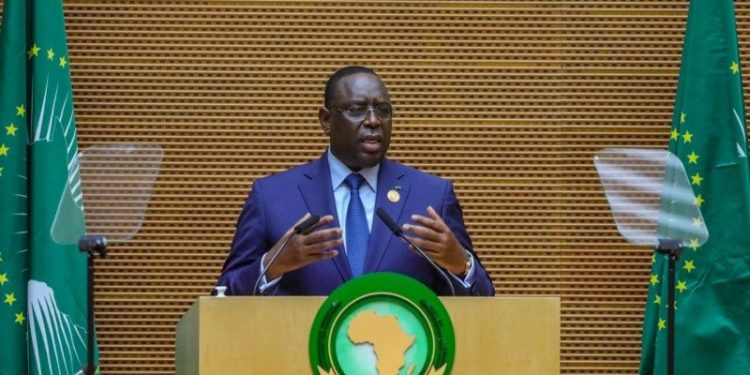 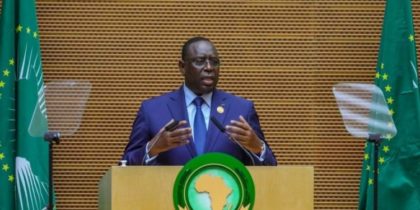 The Republic of Senegal has been entrusted the rotating presidency of the African Union from this Saturday.

During the opening ceremony of the 35th ordinary session of the African Union Summit being held in Addis Ababa this February 5-6, the President of Senegal, Macky Sall, received the attributes of power (flag and gavel) and thus becomes the new current President of the Pan-African organization for a one-year term.

The Senegalese head of state takes over Félix Thisékédi, President of the Democratic Republic of Congo (DRC) who assumed the presidency for 2021-2022.

Addressing the session, Chairperson of the African Union Commission Moussa Faki Mahamat expressed concern over the security situation in the African continent.

“The security situation of the continent today is deeply marked by terrorism and the dangerous resurgence of unconstitutional changes of governments,” Mahamat said.

“The security situation on the continent now calls for a real new approach which should question our peace and security architecture and its correlation with the new destabilizing factors in Africa,” Mahamat said.

The chairperson further said financing the continent’s development through an energetic fight against illicit capital flows and establishment of African financial institutions remain a greater challenge to Africa.

King Mohammed VI is represented at the summit by Foreign Minister Nasser Bourita.

The 35th session is held under the theme “Building resilience in terms of nutritional security on the African continent : strengthening agriculture, accelerating socio-economic and human capital development”.