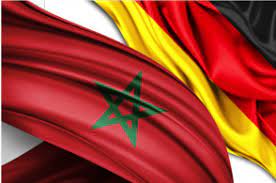 Imminent return of Morocco’s ambassador to Germany as tension eased

Morocco’s ambassador to Germany Zohour Alaoui is expected to return to Berlin after German authorities have voiced a clear support to Morocco’s autonomy plan offered for the Sahara under its sovereignty.

Rabat recalled its ambassador to Berlin last May and suspended all cooperation ties and contacts with the German embassy in Rabat and German political organizations in protest against hostile stands regarding Morocco’s territorial integrity.

According to press reports, the imminent return of Moroccan ambassador to Berlin, probably this week, comes after German Foreign ministry issued end of last month a statement supporting Morocco’s autonomy plan for the Sahara and commending the key role played by the country in regional peace, security and stability.

In another positive move, German President Frank-Walter Stein has invited King Mohammed VI to pay an official visit to Berlin to launch a “new partnership” between the two countries.

In his New Year message sent to the Sovereign, the German president hailed the reforms spearheaded by the King and hailed the autonomy initiative as a basis for reaching a political solution to the Sahara regional conflict.