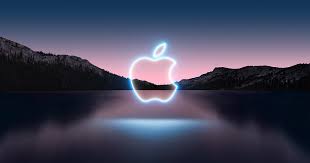 Apple has joined a number of international organizations, media and other brands that have published world or regional maps featuring an undivided map of Morocco, including its Sahara provinces.

Actually in its latest update of Apple Maps, the company has confirmed Morocco’s sovereignty over the Sahara, displaying an undivided map of the Kingdom, with no border line separating the north from the south.

This update is a further important step in the recognition by other companies and countries of Moroccan sovereignty over its Sahara.

Lately, the Arab League recommended to all its members to adopt a unified map of the Arab world, featuring the Kingdom’s map in full, and the Confederation of African Football (CAF) switched to using an updated cartogram. The British television channel BBC has also revamped the map on its website showing the UK’s support to Morocco.

The undivided map of Morocco, including the Sahara provinces, continues to be officially adopted by US authorities and international bodies since the US recognized Morocco’s sovereignty over its Sahara on dec.10, 2020.

These include the Pentagon, the CIA, NATO, and the National Aeronautics and Space Administration (NASA).

The new world map of the facilities and areas of jurisdiction of the Department of State, edited by the Bureau of Geography and Global Problems (GGI), and published in the magazine of the US State Department (State Magazine) also displays the Kingdom with its integral borders including its southern provinces.

The map, representing a concrete cartography of the reality on the ground, is a concrete proof of the recognition of Moroccan sovereignty over its Sahara by the Biden Administration and reflects the American position in perfect harmony with the kingdom’s national territorial integrity.

Besides the USA, an increasing number of countries have recognized the Sahara as part of Morocco and over 24 states have set up consulates in Laayoune and Dakhla, in a confirmation of their recognition of Moroccan sovereignty over the Sahara.

These recognitions bring the region closer to a realistic solution for the Sahara issue within the framework of Moroccan sovereignty, which is the projection of an autonomy in the future where there will be a regional government, as well as a parliament, where the Saharawis will settle their affairs in an advanced autonomy.

Moroccan sovereignty, according to several experts, can bring many benefits to the Sahara area. The European Commission claims that tariffs on agricultural and fishery products exported from the territory are having great benefits for the region as well as its inhabitants, and Brussels argues that an export agreement with Morocco could have good consequences.