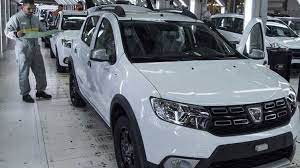 Morocco has resolved a trade dispute with Egypt that was sparked in March last year after Cairo denied entry to vehicles made in the Tangier factory.

Egyptian authorities have denied entry to some 300 cars made in the Renault factory in Tangier, claiming these were not included under the free trade deal because they were made in the free zone in Tangier instead of the Casablanca factory.

Morocco is bound by a free trade deal with Egypt known as the Agadir Agreement which also applies to Tunisia and Jordan.

L’economiste daily, citing Morocco’s trade minister, said the Egyptian market is now open to cars made in Tangier after Morocco stripped the free zones of their tax incentives in a bid to align them on the national tax system in line with international standards.

Morocco however is set to review a list of products that will not be included in the free trade agreements with Tunisia and Egypt including textile and reinforcing bars in a bid to curb its trade deficit.

With Egypt, Morocco has an annual trade deficit of some 6 billion dirhams ($650 mln).