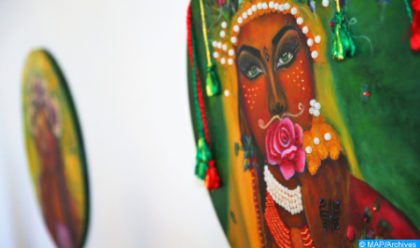 Moroccan researcher Mohamed Zoubairi is among the winners of the Sharjah Award for Plastic Art’s Critical Research, announced Wednesday the management of this 12th edition.

The Iraqi researcher Kazem Nouir won the first prize for his work “Approaches between scenography and plastic arts”, while the Tunisian Bourhan Ben Aribia came third for his research “Relation of modern and contemporary arts with the scenography: form and concept in the experience of contextual creativity.”

At a ceremony held in honor of the winners, which was attended by a host of Arab critics, the Secretary General of the Sharjah Award for Plastic Art’s Critical Research, Muhammad Ibrahim Al Qasir, said the award has been able to establish since its launch in 2008 a new era of Arab visual art criticism.

In this context, Al Qasir noted that it has occupied, for over ten years, a prominent place in the promotion of the visual concept, on the one hand, and support for Arab criticism on the other.

He added that the award aims to support research related to visual and aesthetic arts in the Arab world, thanks to its uniqueness embodied in the research it presents and the artistic awareness it promotes in the region.