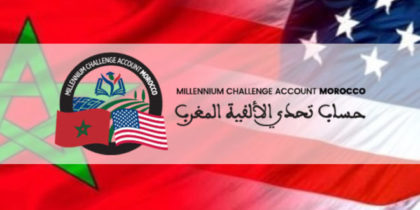 The Head of Government, Aziz Akhannouch, welcomed, Thursday in Rabat, the substantial progress made in the deployment of various projects under the cooperation program “Compact II”, concluded between Morocco and the United States, represented by the Millennium Challenge Corporation (MMC).

Chairing the work of the 12th session of the Strategic Orientation Council (COS) of the Agency Millennium Challenge Account-Morocco (MCA-Morocco), Aziz Akhannouch stressed the need to accelerate the implementation of the various activities programmed under the “Compact II”, whose budget amounts to 450 million dollars and which is based on two main projects, namely “Education and training for employability” and “Land productivity”.

The objective is to complete them within the set timeframe, said the Head of Government, noting the very positive impacts of the program on the targeted sectors, especially in the field of human capital development, said Friday a statement from MCA-Morocco.

For her part, the Deputy Resident Director of the Millennium Challenge Corporation (MCC) in Morocco, Ms. Carrie Monahan, praised the remarkable work done by the MCA-Morocco and MCC teams and stakeholders.

“Their commitment has resulted in significant achievements whose positive impacts on beneficiaries were noted during multiple visits to Compact II project sites,” Monahan said.

Malika Laasri, Director General of the MCA-Morocco Agency, then gave a detailed presentation to the Board members on the progress of “Compact II” execution since the last Board session and the prospects for its implementation, underlining the Agency’s honorable financial achievements, as evidenced by the recording of a commitment rate of almost 87% and a disbursement rate of 50%.

She hailed the notable achievements accomplished under the deployment of various projects, including the completion of infrastructure works, with the completion of the rehabilitation of 33 secondary schools in the Tangier-Tetouan-Al Hoceima Region, as well as the sustained progress of rehabilitation works of 55 other high schools and colleges in the Regions of Fez-Meknes and Marrakech-Safi the construction or rehabilitation of 14 out of the 15 vocational training establishments (EFP) benefiting from the support of the “Charaka” Fund, the off-site works at the level of the three pilot industrial zones in the Casablanca-Settat Region and the development works initiated in eight projects supported by the Fund for Sustainable Industrial Zones (FONZID).