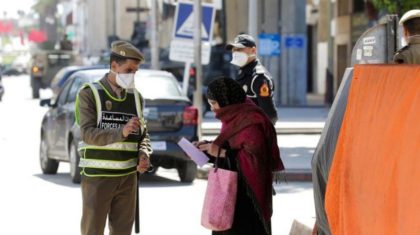 The Moroccan government Council decided on Thursday to extend the state of health emergency until January 31, 2022 to preserve the progress achieved in the fight against the coronavirus pandemic and reduce the risks of contamination by the new variants, namely the fast-spreading Omicron.
The decision was announced by the Govt. spokesperson Mustapha Baitas at press briefing held in Rabat following the Government council meeting.
The emergency coronavirus powers, enforced throughout the country, were expected to expire end of this month.
Within the frame of its precautionary measures against covid-19, Morocco has banned New Year’s Eve celebrations and announced night curfew on Dec. 31.
All cultural and artistic events were also cancelled. Incoming passengers’ flights and ferries were suspended for two weeks, while the number of attendees at funerals has been reduced to maximum ten people to prevent spread of the new strain.
So far, over 22.8 million people have been fully vaccinated in Morocco, 24.5 million received their first dose of the vaccine, while 2.5 million others got their third booster jab.

Newer PostPolisario Leader: Self-Proclaimed SADR is NOT a State as It Relies on Algeria for its Survival
Older PostTunisia nabs high profile Italian mafia member