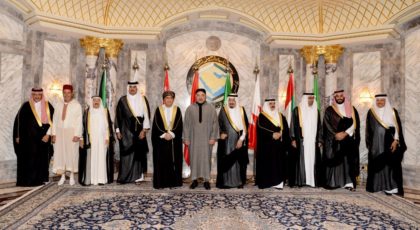 The 42nd Summit of the High Council for Gulf Cooperation (GCC) was held this Tuesday, in the city of Al ‘Ula, in the north-west of Saudi Arabia, with the participation of the leaders of its member states, Saudi Arabia, the United Arab Emirates, the Sultanate of Oman, Kuwait, Qatar and Bahrain.

The summit has reaffirmed its positions and its firm decisions in favor of the Moroccan Sahara and the preservation of the security and stability of the Kingdom of Morocco and of its territorial integrity.

This is what emerges from the final declaration, read by the Secretary General of the Cooperation Council for the Arab States of the Gulf, Nayef bin Falah Al-Hajarf, at the end of this forty-second summit of the GCC.

The Supreme Council also underlined the importance of the special strategic partnership between the Cooperation Council and the Kingdom of Morocco as well as its effective implementation.

The High Council of the GCC is the highest authority and is made up of the leaders of the six states. It meets periodically (annually) and, during its 42nd session, entered its fifth decade of service.