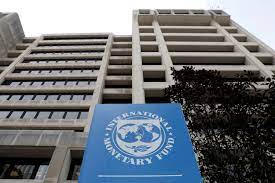 The pandemic has increased Algeria’s “ongoing economic vulnerabilities” following a succession of adverse shocks since 2014, said the International Monetary Fund (IMF), affirming that” the outlook for Algeria remains uncertain and challenging”.

The main risks for Algeria concern the evolution of oil prices, the pandemic, and the social and geopolitical environment, underlined the Fund in its appraisal.

It affirmed that pre-pandemic vulnerabilities in Algeria remain and risks to the economic outlook are on the downside, despite the recent rebound in hydrocarbon prices.

The IMF had called on Algerian authorities to make fundamental reforms to strengthen the transparency and the governance of legal, fiscal, and monetary institutions across the public sector and reduce barriers to entry into the formal sector.

In June 2021, Algeria’s annual average inflation accelerated to 4.1 percent as a result of higher international food prices combined with an episode of drought, while growth will likely remain subdued, in the medium term, due to constraints on hydrocarbons production, investment cuts decided in 2020, and current policies limiting credit to the private sector.