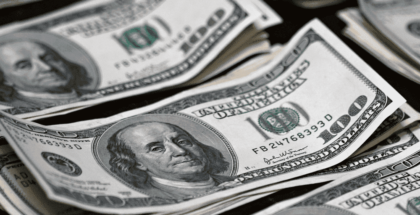 The kingdom of Morocco is expected to receive $9.3 billion this year in terms of remittances from Moroccan expatriates, representing the third largest on the continent, right behind Egypt and Nigeria, a World Bank report revealed.

Compared with last year data, Morocco will witness a 25.76 per cent increase, according to data published in the report dubbed “Recovery Covid-19 Crisis Through a Migration Lens”.

Most remittances from the North African country’s diaspora stem from European countries, the US, Canada and the Gulf Cooperation Council (GCC) countries.

Egypt however according to the World Bank will remain the top destination for remittances from the African migrant workers around the world. The Arab country is expected to receive $33 billion this year, largely from its diaspora living in the GCC and European countries.

Nigeria, leads the Sub-Saharan African region with $18 billion expected to be sent to the continent’s largest populated country by Nigerians abroad mainly from the UK and the US.

The growing trend according to the report is determined by economic recovery in the developed nations and willingness by the migrant workers to support families back home to surf the impact of the pandemic in addition to the increasing traction of novel policies intended to channel inflows through the banking system.

Newer PostPakistan has never recognized nor engaged with the Polisario or SADR, Ambassador to Rabat says
Older PostSpain’s energy giant Repsol to resume activities in Libya if country recovers stability