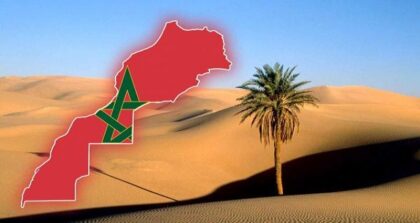 Several Polisario supporters living in the Spanish city of Bilbao have voiced support to Morocco’s autonomy plan for a lasting settlement of the Sahara regional conflict, dealing a hard blow to the Algeria-backed separatist group and deepening its cracks.

During a symposium, organized by the Bilbao University and a group of Sahrawis residing in the Basque region under the theme: “Autonomy as a system of governance and a political settlement”, numerous ex-Polisario members settled in the Bilbao region have welcomed the autonomy plan offered by Morocco under its sovereignty as the only viable and realistic solution to the Sahara conflict.

Their supportive stand to the Moroccan autonomy plan comes after the speech made by King Mohammed VI on November 6, 2021 on the occasion of the Green March, said Bomba Haidad, one of the Sahrawis of Bilbao, in a statement to news website le360.ma

Bomba Haidad urged all those who still hesitate “to support openly the Moroccan autonomy plan because it is the only peaceful, enduring and pragmatic solution to this conflict,” which the Algerian regime wants to perpetuate.

The Bilbao symposium on the autonomy plan of the Sahara was moderated by several Spanish professors and experts in the presence of about 80 attendees from the Moroccan Sahara including supporters of the separatists.

The Spanish speakers, including Pedro Luis Uriate, one of the negotiators of the autonomy in Bilbao and Maria Tato, an expert in autonomy, have unanimously called for the implementation of autonomy in the southern provinces of Morocco.