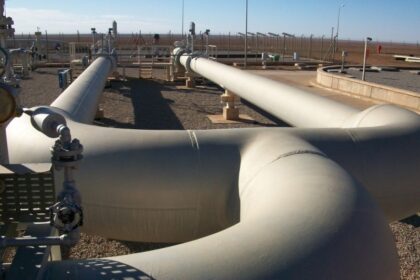 Algeria’s unilateral decision to suspend gas supply via the Maghreb-Europe gas pipeline to Europe, including to Spain and Portugal is still trigging anger and criticism across Europe as a gas blackmail.

In this connection, eleven Portuguese MPs from different political trends questioned, on Monday, their government about this gas blackmail that Algeria is practicing towards Europe.

In a question addressed to the Portuguese Minister of Environment and Spatial Planning, João Pedro Matos Fernandes, the eleven deputies raised questions on the impact of Algeria’s unilateral decision to suspend gas supply via the Maghreb-Europe gas pipeline to several European countries, including Portugal.

The Portuguese MPs recalled that on October 31, Algeria unilaterally decided not to renew the Maghreb-Europe gas pipeline contract that goes through Morocco, at the risk of not honoring its delivery commitments to European partners, at a time marked by rising gas prices and the arrival of winter.

This criticism echoed the condemnation by MPs of several other European countries, including Spain, Italy, and finland, as well as Members of the European Parliament who described Algeria’s decision as “unacceptable and condemnable.”

As put by Italian MP Paolo Lattanzio, the “alarming decision taken by the Algerian authorities affects the relationship of trust and neighborliness.” “Europe must not tolerate this blackmail,” said Lattanzio in a parliamentary question to the President of the Italian Council of Ministers, the Foreign Minister, and the Minister of Ecological Transition.

By using energy as a political instrument, Algeria threatens the stability of the Mediterranean region,” the Italian MP said.

In a written question to the head of European diplomacy about this unilateral decision, the MEPs recalled that the Maghreb-Europe Gas pipeline was built with funds from the European Investment Bank, and asked whether the European Commission will engage in discussions with the Algerian government to obtain an extension of the use of the pipeline, hence ensuring the security of the energy supply of the European Union.