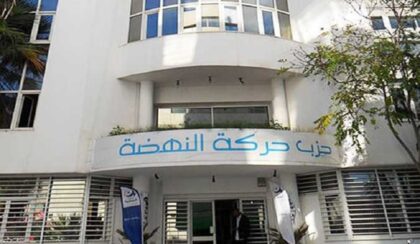 A Tunis court ordered the seizure on Tuesday of the server at Ennahdha party headquarters as part of investigations into the movement’s recruitment of lobbying groups.

The court said it will conduct technical tests on the server as part of the investigation process, Business News reports, citing a statement from the judiciary.

The leading party in the suspended Tunisian parliament has been under scrutiny since August after the US Justice Department confirmed a contract between the political movement and New York-based Burson Cohn & Wolfe; a multinational public relations and communications firm recruited by the party to promote its propaganda policy.

The deal estimated at $30,000 was first reported on July 29 by the US Justice Department.

The Islamist movement in a statement denied any wrong doing and connection to Ennahdha Party Diaspora Group, the side that requested the services of the American lobbying group.

Tunisia has banned the use of lobbying groups by parties, or any entity for influence.

Ennahdha and several parties namely Hearth of Tunisia, whose leader the powerful businessman Nabil Karoui had been incarcerated, and Ich Tounsi have been accused of illicit financing of electoral campaigns.