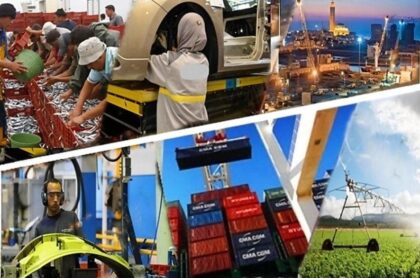 Morocco’s economy is shaking off Covid-19 impact with a rebound in economic activity that is expected to push growth to 6.2%, Morocco’s central bank said, confirming the positive outlook for the country’s economy drawn by the IMF.

The Central bank had previously forecast the economy to grow by 5.8% after it contracted 6.3% last year under the double impact of Covid-19 and drought.

But, a recovery of agricultural production by 18.5% thanks in part to a jump in cereals production to 10.3 million tons as well as the return of tourism and economic activity has bolstered Morocco’s growth prospect.

Morocco’s growth outlook for 2021 is one of the highest in the region thanks to forward-looking measures taken by the government, under the leadership of King Mohammed VI, to shore up the economy by unlocking state spending and assistance to struggling enterprises and promoting entrepreneurship and safety-nets.

The economic rebound also came on the back of an uninterrupted and steady vaccination campaign. So far, Morocco tops African countries in terms of administered doses. It has administered 44 million doses.

The central bank also helped ensure stable monetary and financial conditions by keeping its accommodative policy with a benchmark interest rate unchanged at 1.5%.

King Mohammed VI has in his latest speech underscored the resilience of Morocco’s economy and asked the government to promote public investments and press ahead with the new development model.

The rise in exports, remittances and the recovery of tourism are all factors that augur well for the Moroccan economy and budgetary balances.

Foreign exchange reserves have now reached 38 billion dollars enough to cover 7 months of imports and the central bank has even intervened to buy excess hard currency in the domestic foreign exchange market.