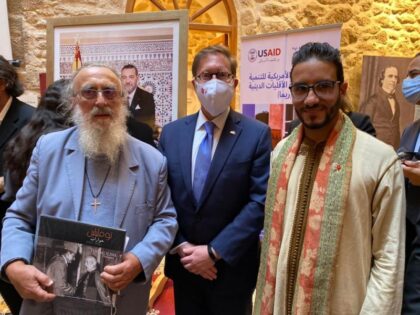 The U.S. Agency for International Development (USAID) has launched a three-year program aimed at recording and sharing hundreds of stories that capture the Kingdom’s rich multicultural history.

“Religious tolerance is a hallmark of Morocco’s history — from its welcoming of refugees fleeing the Iberian Peninsula at the end of the 15th century to late King Mohammed V’s efforts to protect Jews during World War II”, said U.S. Embassy Chargé d’Affaires David Greene during the launch ceremony held Thursday at Bayt Dakira in Essaouira.

“We learn from each other, including best practices on how to celebrate and preserve the heritage of peaceful coexistence”, which is also a critical part of the U.S.-Morocco partnership, added the U.S. diplomat.

Also participating in the launch ceremony of the USAID-Morocco program were André Azoulay, Advisor to King Mohamed VI, Dr. Yossef Ben-Meir, President of the High Atlas Foundation, which is implementing the REMA program; Mr. Tarik Ottmani, the newly elected Mayor of Essaouira; Lamia Radi, Ambassador of Morocco to Norway and Iceland and President of the Foundation Memories for the Future; Mr. El Mehdi Boudra, President of Association Mimouna; and Ms. Badr Alaoui, Head of Miftah Essaâd Association for Preservation of Moroccan heritage.

“Morocco’s stories of its multicultural history are rich and unique,” said Dr. Ben-Meir, noting that “the REMA program’s dedication to recording, preserving, and sharing those stories with the world are invaluable for both our generation and those to come.”

The High Atlas Foundation will work closely with 70 civil society organizations in select communities, helping them record their oral histories and ensuring that those stories can be shared with future generations through unique educational programs.

The program will allow these communities to build broader relationships across the Kingdom and connect to the tourism industry, creating new economic opportunities.