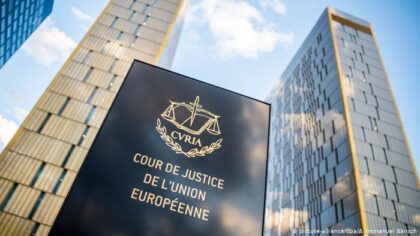 A new ruling by the European Court of Justice annulled the agricultural and fisheries deals that covered all Morocco’s territories and waters in a verdict that sidelined with the Polisario separatist claims putting Moroccan-EU cooperation to another test.

Both Morocco and the European council and the EU commission are attached to the agriculture and fisheries deal. Foreign Minister Nasser Bourita and EU top diplomat Josep Borrel issued a joint statement underlining that they will work together to find a legal way to maintain trade.

“We remain fully mobilized to maintain cooperation between the European Union and the Kingdom of Morocco, in a climate of serenity and commitment, in order to consolidate the Euro-Moroccan Shared Prosperity Partnership, launched in June 2019. We will continue to work to develop the multiple dimensions of this strategic partnership, in the same spirit of mobilization, coherence and solidarity,” the two officials said.

“This partnership of equals is based on a solid bilateral relationship, mutual trust and respect,” they said.

The annulment does not have immediate effect and the council and Moroccan exporters have two months to lodge an appeal against the ruling.

“We want to maintain the deals… as part of the friendly relations of cooperation we have with Morocco,” Spanish agriculture and fisheries minister Luis Planas said.

The European Commissioner for Neighborhood Oliver Varhelyi, Wednesday, stressed the imperative to preserve the partnership with Morocco.

“I emphasize that the Partnership with Morocco is among the strongest of the EU in the southern neighborhood,” said the EU Commissioner in a tweet, adding that “it is important to preserve this partnership, consolidate it and develop it with mutual trust and respect.”

Likewise, several members of the European parliament deplored the court’s decision and reaffirmed their support for the “strategic” partnership with the Kingdom.

These MEPs stressed that the Farm & fisheries agreements between Morocco and the EU have directly benefited the population of the Moroccan Sahara, insisting that the polisario has no legitimacy to challenge these agreements.

A Moroccan diplomatic source said the ECJ decision was “more of a political declaration than a judicial statement” as the court’s jury delivered a biased verdict serving the Polisario’s separatist agenda.

Legal experts have warned of the mingling of the ECJ in international deals signed by the EU. The court’s statement goes as far in its interference as recognizing the Polisario as having the right to speak on behalf of the Sahara people and annulled the agriculture and fisheries deals citing what it described as a lack of consent by the local population.

By raising self-determination of the Sahara and other concepts that are not part of the mandate of the court, the ECJ has set a dangerous precedent emboldening other rebel and separatist groups to challenge deals signed between the EU and other states.

In the case of the Sahara region, or Morocco’s southern provinces, the population gave its consent through the ballot box by electing their local officials. But who voted for the Polisario whom the court erected as a representative of these people? The answer is no one.

Even in legal terms, the Sahara cannot be defined as an “occupied territory” because it does not fulfill the criteria, stipulated by Article 42 of The Hague Convention: Presence of an enemy state on the territory, exclusion of the legitimate authority and substitution by an occupying authority. In fact, when Morocco retrieved the area from Spain in 1975 in accordance with the Madrid Agreement, there was no Sahrawi State on this territory, which was part of the Moroccan Kingdom prior to the colonization.

Moreover, the legal opinion by the Under-Secretary-General for Legal Affairs and the Legal Counsel of the United Nations Hans Corell of 2002, recognizes Morocco as an ‘administrative power’ with the right to exploit natural resources of the Sahara.

If the court insists on undermining Morocco’s ties with the EU through politically motivated rulings, it would open the pandora’s box by encouraging other separatist groups to follow suit contesting EU international deals which would put the credibility of the EU’s external action at stake.

The court should be aware that by mingling in conflicts outside its realm it undermines its independence and sows instability between the EU and its most reliable and stable partners in the southern Mediterranean.