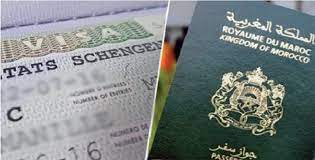 Morocco reacted on Tuesday to the decision of French authorities to reduce sharply the number of visas issued to Moroccan nationals amid a presidential campaign increasingly focusing on immigration.

At a joint press conference held in Rabat following his meeting with Mauritanian Foreign Minister Ismaël Ould Cheikh Ahmed, Morocco’s top diplomat said the French decision was “unjustified” and “does not reflect the reality of consular cooperation in the fight against irregular migration.”

“We have taken note of this decision and consider it unjustified for several reasons, the first of which is that Morocco has always addressed the migration issue with the logic of responsibility and the necessary balance between the facilitation of the movement of people (Students, businessmen and others …), the fight against illegal immigration, and the firm treatment reserved for people in an irregular situation”, said Nasser Bourita.

As part of this approach, the Kingdom’s consulates have issued, in the first eight months of the current year alone, 400 passes for people who were in an irregular situation, the minister said.

“On the basis of this, the adoption of the parameter of the refusal of the issuance of consular declarations necessary for the return of emigrants is inappropriate,” Bourita added.

Bourita’s remarks come after Spokesman for the French government Gabriel Attal said France would halve the number of visas available to nationals from Algeria and Morocco and reduce those for Tunisians by almost a third.

“It is a drastic decision. It is an unprecedented decision, but necessary as these countries refuse to take back nationals that we don’t want and that we can’t keep,” he told French news outlets.

In 2020, Moroccan nationals received 98,627 Schengen visas issued by France. During the same year, the French authorities issued 63,366 visas to Algerian applicants and 35,122 visas to Tunisian nationals.