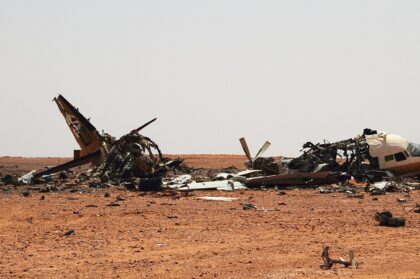 Libyan Arab Armed Forces (LAAF) controlled by Haftar said in a statement Sunday Brig. Gen. Bouzied al-Barrasi was among the two casualties. The crew of the second helicopter survived.

The self-style army that controls the eastern part of the oil-rich country and most southern part did not provide details of the crash.

The crash came as the crafts were battling Chadian fighters in Libya’s southern areas on the border with Chad. Mohammad Younes Menfi, head of Libya’s Presidential Council, mourned the two officers.

Haftar who refuses to bow to the transitional government, continues to operate independently making military appointments and holding parades in defiance of Tripoli.