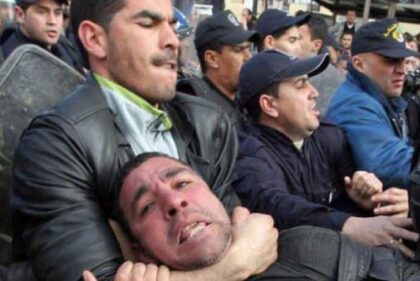 The Socialist Forces Front (FFS), the oldest opposition party in Algeria, has denounced “the systematic recourse to security management of state affairs”.

The party has voiced “serious concern” over the “return of arbitrary arrests”, saying the systematic recourse to the security management of state affairs aims to “crush popular aspirations to freedom, dignity and social justice”.

In a statement, signed by First Secretary Youcef Aouchiche, the Socialist Front said these “arbitrary arrests” will only “widen the gap of trust”, raising questions about the timing of this security and judicial escalation which is taking place on the eve of a local election (scheduled for November).

In such circumstances, “it would have been more appropriate to encourage voters’ participation in this election by adopting a number of measures of appeasement capable of restoring trust and serenity in society”, said the opposition party.

It called for the release of “all prisoners of conscience” and the immediate cessation of “attacks on individual and collective freedoms” and the opening of “political and media fields.

The FFS founded by late Hocine Ait Ahmed criticizes “the security approach” which will “further deepen the gap of trust, fuel the extremists and increase tension”.

The country faces “a difficult situation and enormous challenges at all levels”, said the party calling for “wisdom” and “the establishment of a climate of calm and serenity” to prepare “the conditions for a comprehensive national dialogue”.

Algeria’s Workers’ Party (PT), another main opposition party, also called on the Algerian authorities to “put an end to political repression” and to release “political prisoners and journalists.”

PT warned, in a recent statement, against the wave of arrests targeting political activists and journalists, including Mohamed Mouloudj who was arrested Sunday sept.12.

The party also expressed concern that the majority of arrests have taken place in Kabylia’s wilayas of Tizi Ouzou and Bejaia.

In this sense, PT warned against the criminalization of political thought. It is necessary to “stop the policy of repression against Algerians because of publications on social networks in which they express positions,” the statement said. These remain “ideas and political views” that fall within the framework of “peaceful political debate.”

Algerian authorities have arrested lately many activists, journalists and human rights defenders. According to the National Committee for the Release of Detainees (CNLD), about 200 people have been tossed in Algerian prisons for their links with the pro-democracy Hirak protest movement rocking the country since 2019.

According to this committee, the Algerian justice system has charged these prisoners of conscience and political prisoners with various serious offences such as the “attack on national unity” or membership to “a foreign organization plotting against the authority of the state”.