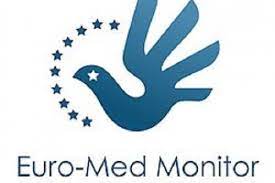 The Libyan authorities have been holding hundreds of Moroccan migrants for months in inhumane detention conditions without legal justification, Euro-Mediterranean Human Rights Monitor said in a press release issued Wednesday.

“The Libyan government is obligated in accordance with relevant international conventions and norms to treat these detainees with dignity, provide them with adequate shelter, and enable them to obtain their basic rights”, said the NGO’s legal consultant.

“The prisons and detention centers’ administration fail to provide the detained with health care (especially those with COVID-19), sufficient quantities of food, or clean drinking water. In addition, infectious diseases spread on a large scale among the detainees due to the unhealthy environment”, underlined the Euro-Med Monitor.

The Human Rights NGO said it called on the Libyan government to “release Moroccan migrants in its custody, stop violating their rights in official detention centers and provide health care to those in dire need, especially Covid-19 patients”.