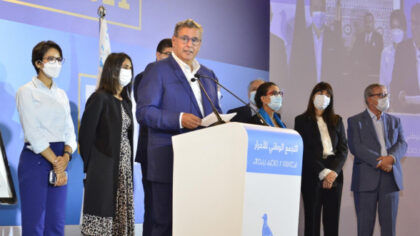 The September 8 elections in Morocco were propitious to the liberal RNI party, chaired by Aziz Akhannouch, as it won 102 seats in the 395-member House of Representatives. Such was not the case for the Islamist PJD party, which led the government for two successive terms, since 2011. The PJD actually suffered a crushing defeat, gleaning only 13 seats compared to 125 in 2016, in what seems a protest vote for a decade of much criticized management.

The PJD’s descent into the abyss was precipitated also by its own disappointed electorate. In ten years in business, the governments led by the Islamists (Abdelilah Benkirane, then by his successor Saad Edine El Otmani), angered large categories of the middle and popular class. Employees, civil servants, small traders … most have been frustrated by the unpopular decisions of the Islamist governments which have strained their purchasing power and made their daily lives more difficult than in the past.

The defeat of the PJD in the legislative polls was predictable. Last August, the party suffered a first sanction vote in the professional chambers’ elections, where it was bitterly defeated all over the country.

The erosion of power has also had its effect. After 10 years in business, the party became bogged down in internal strife that saw its popularity decline, alienating much of its electorate. In the end, the PJD has lost 113 seats in the House of Representatives, with only 13 seats, compared to 125 seats in 2016, sharing the eighth place in the lower house with irrelevant forces. Even the outgoing head of government, Saad Eddine El Othmani, has failed to gain a parliamentary seat in a Rabat constituency. The PJD has also seen its territorial presence diluted with the loss of numerous mayoral seats.

This bitter failure prompted Saad Eddine Othmani to resign from his position as PJD Secretary General. All the members of the Secretariat General did the same.

In contrast, the RNI, led by billionaire businessman Aziz Akhannouch, is the big winner in this triple election (legislative, regional and local). The RNI built on the performance of its ministers in the current government where it has controlled the key ministries of industry, agriculture and tourism that have stood out by their pro-activeness during the pandemic.

The project led by this liberal party is in line with the forthcoming implementation of the new development model advocated by King Mohammed VI and an economic recovery in Morocco, after nearly two years of health crisis imposed by the Covid-19 pandemic.

It is probably in this state of mind that voters, in search of change, new political dynamics and energetic economic momentum, went to the polls.