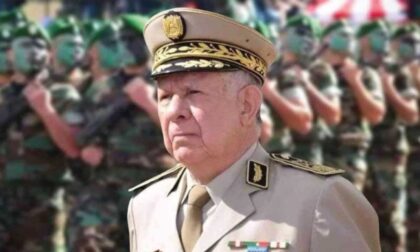 In a recent diplomatic blunder, Algeria cut ties with Morocco whom it accused of uncorroborated “hostile acts” including wildfires! Observers believe Algeria is seeking a scapegoat on which it can pin all its policy failures.

This escalation with neighboring Morocco and how Algeria attempted to draw in Israel into its domestic failures reflect the deep-rooted Algerian predicament.

Algeria has “an unpopular, autocratic government, elections notwithstanding, confronting mass protests by the opposition (Hirak) and other social movements over the past two years; and it presides today over a sharply declining economy with little prospect of near-term recovery,” David Pollock wrote on the Washington Institute.

In a world where countries join forces in regional blocs, Algeria has for decades blocked Maghreb integration which it considers as a zero-sum game.

The rejection of open borders with Morocco is aimed at protecting the “more statist Algerian economy from competition—even as it deprives the local population of opportunities for trading,” Pollock wrote.

Algeria’s isolation was also manifested recently in its inaudible voice in the region where it has failed to impose its hegemonic agenda. Neither the Libyans nor the Sahel countries of Mali or Niger look at Algeria as a security provider but rather as a source of instability and negative influence.

As Algeria aspires to mediate between Egypt and Ethiopia over the Nile Dam issue, Addis Ababa surprised Algiers with a decision to close its embassy there judging that the cost of having one was higher than the cost of not having a diplomatic representation all together.

Algeria’s voice has also become inaudible in Africa. Now, only few authoritarian countries on the continent still hover around the orbit or Algiers and Pretoria. Over two-thirds back Morocco’s sovereignty over the Sahara.

The largest country in Africa is actually living the darkest age of its diplomacy which is pegged on the price of oil and gas. As its economy declines, so does its diplomacy.