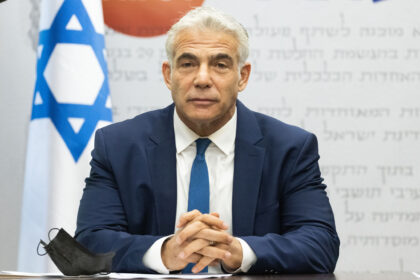 Israel has described Algeria’s accusations of igniting fires in the Kabylie region as “unfounded” and “unworthy” of responding to, inviting Algeria to concentrate on resolving the problems it faces, in particular its serious economic problems, rather than seeking scapegoats to pin all its failures on.

Algeria has accused Morocco and Israel of igniting wildfires in the Kabylie region and supporting an independence group that wants to set up a state in the restive Kabylie region.

Algerian foreign minister Ramtane Lamamra has given a diatribe full of fallacies and fake news when he announced on Tuesday cutting diplomatic relations with Morocco. He lied Israeli foreign minister made “threats” to Algeria from Rabat in the presence of Morocco’s foreign minister.

The only event when Israeli foreign minister Yair Lapid mentioned Algeria and its close ties with Iran was in Casablanca at a conference organized by the Israeli delegation at Sofitel hotel in the absence of Morocco’s foreign minister.

A spokesman for Israel’s foreign ministry told AFP that the statement of Lapid on the Algeria-Iran nexus is based on “precise information.”

“Algeria has become, since the beginning of the Arab Spring, a passage for terrorist movements loyal to Iran,” the spokesman for Arab media at Israeli foreign ministry Hassan Kaabia said.

He cited Iran’s and Hezbollah’s support and training to the Polisario separatist militias in South-western Algeria.

Morocco cut diplomatic ties with Iran in 2018 accusing its proxy Hezbollah of offering arms and military training to the Polisario separatist militias in connivance with Algeria.