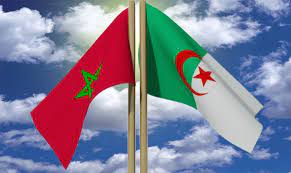 As Kabylie burns, Algerian regime engages in a hostile monologue against Morocco

The Algerian regime is mocking itself with its anti-Moroccan rhetoric. This time, President Abdelmadjid Tebboune accused Morocco, Israel of supporting the Kabyle independence movement MAK which it accused for the wildfires together with Rachad islamists.

After days of blazes, the Algerian regime showed an inability to extinguish fires and protect lives. More than 90 people died due to the fires which were concentrated in the Kabylie region, where the MAK is active.

Instead of acknowledging short-sight and a lack of preparedness to counter wildfires, the Algerian regime pins the blame on political opponents and Morocco for the blazes.

Wildfires are commonplace in the Mediterranean region due to summer weather, but the Algerian regime entertains itself by blaming the opposition.

Tebboune has hit a new low by giving a deaf ear to all Morocco’s calls to open borders and improve relations. He would rather let Algerian people burn by the flames than accept Morocco’s firefighting aircrafts which his country, despite its oil wealth, lacks.

But this time, the diatribe is unlike any other as it comes right after a meeting of the higher security council accusing Morocco together with Israel with undermining Algeria’s security.

Such statements reflect the disarray within the military junta that rules behind the civilian curtain represented by Tebboune and his government. The Algerian regime needs a foreign enemy to pin all its failures on.

Tebboune put forward accusations without offering any evidence that Morocco supports the MAK which together with Rachad are both peaceful political groups.

Morocco has never accused Algeria of undermining its security or for any other domestic issue although Algeria hosts, arms and backs the armed Polisario separatist group.

By accusing other countries or political groups for its failures and security deficiencies, the Algerian regime is rather projecting an image of a weak state. Such accusations are fooling nobody within the larger Algerian society where a pro-democracy movement is rife despite the regime’s crackdown to stifle it.

During the fires, the dire truth that generals can’t swallow is that Algeria has squandered its money on Russian arms that are of no use against wildfires.

Meanwhile, the Algerian citizen continues to queue for foodstuff and drinking water as hospitals struggle with a surge of critical Covid-19 cases and a severe oxygen shortage. These are the real problems that the regime is unable to resolve and seeks to distract attention from by fomenting tension with Morocco.