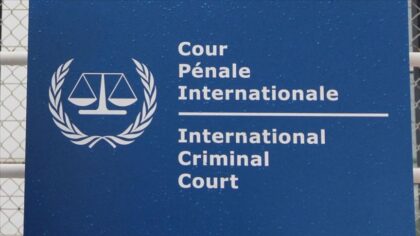 The Kabylie provisional Govt. in exile and the movement for the self-determination in Kabylie filed a complaint with the International Criminal Court (ICC) against President Abdelmajid Tebboune and General Said Chengriha for committing genocide in Kabylie and for using Covid-19 and forest fires as tools to carry out “widespread ethnic cleansing”.

The plaintiffs cite in this regard the selective arrests, detentions, prosecution, unfair trials and condemnation of Kabylie leaders and militants targeted by the Algerian authorities.

They also cite the systematic repression and muzzling of Kabylie vocal opponents in addition to banning demonstrations in Kabylie region, hard hit by deadly forest fires and the coronavirus. The hospitals of this region are suffering acute shortage of vital medicines, medical staff and equipment (face masks, oxygen, ICU beds…), abandoning thousands of patients to their fate.

Despite its oil and gas wealth, Algeria has proven that it is a failing state as the wildfires and covid-19 have shown the incompetence of the Algerian rulers, the frailty of the country and its lack of preparedness for natural disasters including wildfires…

The military junta spends annually billions of dollars on military weapons, while the country has not one firefighting plane to protect its forests, while neighboring Morocco has at least five planes and has offered two planes to help Algeria put off wildfires which continue to wreak havoc in several regions of the country.

In terms of response to covid-19, Morocco has so far vaccinated over 27 million people including over 11.6 million fully immunized and 16.4 million that received first dose of the vaccine against coronavirus.

Algeria, which is home to more than 44 million people, has vaccinated only 2.5 million people. Such a huge contrast and widening gap between the two neighboring countries make Algerian rulers uncomfortable, blaming their failures (economic, political and social crises) on Morocco. But, in so doing, they only add to their embarrassment.