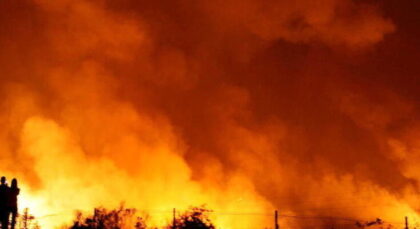 King Mohammed VI has instructed the Interior and Foreign Ministers to express to their Algerian peers Morocco’s readiness to help Algeria fight the forest fires that are ravaging several regions of the country.

According to a statement by the Foreign Ministry, two Canadairs were mobilized, on the King’s orders, to take part in this operation, upon agreement with the Algerian authorities.

Morocco’s proposal comes as the toll of the fires ravaging northern Algeria continues to grow heavier.