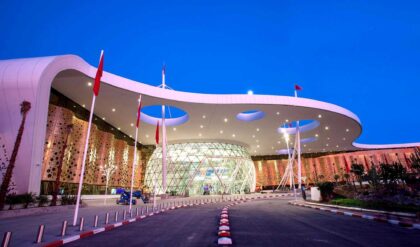 Marrakech-Menara airport and the Mohammed V airport of Casablanca were ranked respectively as fifth and sixth best airports in Africa, according to the ranking of the best African airports in 2021.

Cape Town Airport in South Africa topped the ranking, ahead of two other airports in the country, namely those of Durban and of Johannesburg, which are followed by Mauritius’ airport.

The ranking by Skytrax, which has been carrying out, since 1989, assessments of airlines and airports around the world, evaluates performance indicators such as check-in, arrivals, transfers, purchases, security, immigration, boarding, etc.