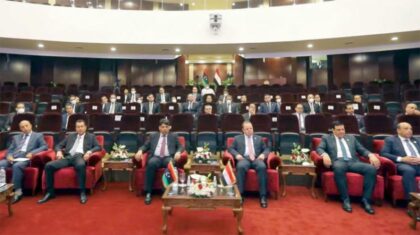 Libyan and Egyptian Attorney Generals signed a Memorandum of understanding (MoU) on increased cooperation in the fight against terrorism, human trafficking, and other crimes.

Under the agreement, the two countries plan to strengthen cooperation between the two prosecutions to combat crimes, especially terrorism, corruption, human trafficking, cybercrime and others, in accordance with the legislation, agreements and treaties in force in the two countries, the London-based Libyan media notes.

Attorney General Sideeg Al-Sour called for the need to put in place new mechanisms and patterns to ensure speedy action between the two prosecutions, and to preserve evidence and confidentiality in investigations into common issues.

Libya and Egypt rekindle their relations after Cairo closed its Embassy in Tripoli in 2014 over security concerns as Libya slid into chaos following the assassination of former leader Muammar Gaddafi in 2011.