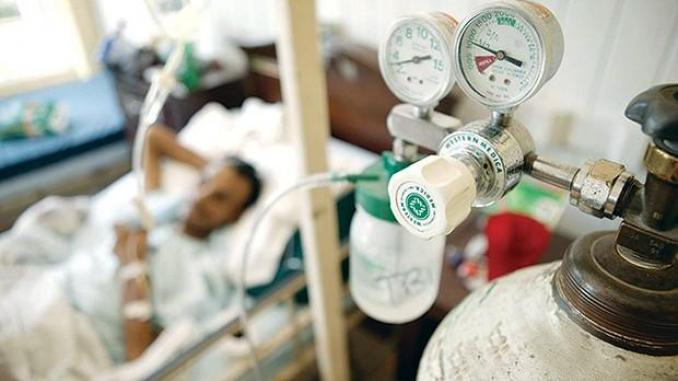 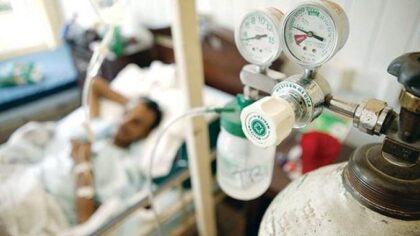 The Algerian health system reels under the surge of coronavirus deaths due to an acute lack of oxygen.

Official two digit figures of deaths and infections of about 2000 daily are but the tip of the iceberg according to doctors. Algeria has maintained a blackout on real figures related to infections since the pandemic outbreak.

Professor Reda Djidjik at the University Hospital in Algiers said that daily cases are much higher, estimated at least at 25,000.

Everyday a doctor loses his life due to Covid-19 and lack of oxygen and medical care, Lyes Mrabet, a doctor and head of the doctors’ union told El Watan newspaper.

Algeria’s social media is awash with shocking images of oxygen panic, showing suffering patients as well as citizens fighting over oxygen tanks to save their loved ones.

Algerian media prefer to look elsewhere, largely ignoring the health crisis as a non-event. While Algeria has a diversified media landscape the owners have the same vested interest in authoritarian stability.

The Algerian media regulator (ARAV) has officially asked Algerian TVs to stick to a line of propaganda and to avoid coverage of the health crisis in order not to spread “despair in society.”

The current crisis is largely due to the lack of foresight by Algerian authorities who have dragged their feet on imposing protective measures including curfews when necessary, prior to the surge of infections.

Algeria was one of the few countries in the region where facemasks have not been made mandatory, partly due to supply issues.

In the face of the skyrocketing deaths, Algerian officials refuse to pull their heads out of the sand and acknowledge their responsibility. Prime Minister Aimene Benabderrahmane accused social media of fomenting the crisis over the health system.

Soon after Benabderraahmane’s disregard for the gravity of the situation, health authorities in Skikda issued a statement warning residents of the depletion of oxygen reserve at the main hospital which has cost many lives of Covid-19 patients.

The disengagement of the government and its denial of the crisis pushed citizens to seek solutions themselves by buying oxygen from industrial units, some of whom offered oxygen for free to save lives in the Kabylie region.

Algerian government said that it has ordered 10 units for making up to 40,000 liters of oxygen. But before delivery many lives would have been lost.

Algeria is also lagging behind in terms of vaccination paying the price of its President’s lack of vision. President Tebboune has said recently in an interview with Al Jazeera that there was no need for a mass vaccination campaign and that his administration made it optional due to what he described a month ago as a situation of “low infections.”