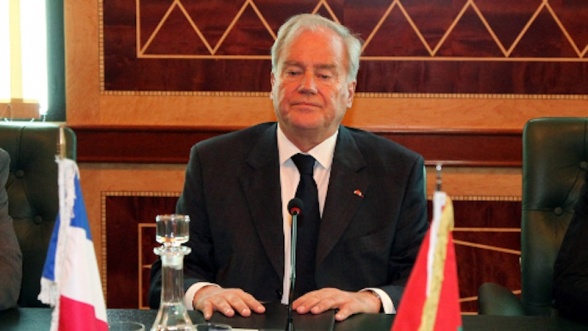 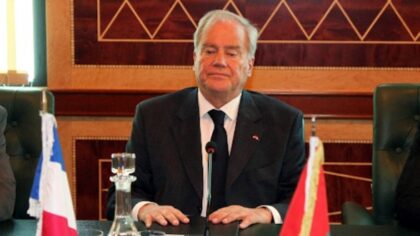 Morocco is the subject of “smear press campaigns” aimed at “destabilizing it.” The statement was made by French Senator Christian Cambon, who is the chairman of the France-Morocco friendship group at the French Senate, in response to allegations accusing Morocco of having infiltrated the phones of Moroccan and foreign public figures, via computer spyware.

In a statement to several media at the end of a meeting with Chakib Benmoussa, Morocco’s ambassador to Paris Christian Cambon, who is also the head of the Senate Foreign Affairs, Defense and Armed Forces Committee, reiterated the “solidarity” of the France-Morocco friendship group, at a time the Kingdom, he said, is “the object obviously of particular attention, of press campaigns and of denigration with very serious accusations.”

“But when accusations are made, you have to produce evidence”, he said, explaining that “until proven guilty, these are just stories that drag on regularly.”

“We are in the absurd. We can see that these accusations are mere setups, and therefore we have no proof, and so far we had never had any,” he argued.

Christian Cambon also denounced “insinuations and generalizations”, a maneuver hatched by some sides which have tried for a long time to bring together the adversaries of Morocco. “But fortunately, Morocco has friends,” he said.

The France-Morocco friendship group is moreover “here to testify to this friendship, to say that we are [alongside] [Morocco]. We obviously want all these cases to end,” he underlined.

Christian Cambon insisted that the instigators of these media campaigns seek above all “to tarnish the image of Morocco”, because “the Kingdom’s success compared to other neighbors triggers jealousy.”

The French senator stated further that “the American decision on the sovereignty of Morocco over its Sahara is obviously creating tensions and the Kingdom is embarrassing many people.” In this regard, he denounced what he called “a very targeted harassment” of certain French media towards Morocco.

He criticized the selective attitude of these media, as some of Morocco’s neighboring countries are not the subject of any criticism, neither on matters of rights, nor on matters of economic development.

“I think it’s a form of jealousy towards Morocco and I find it sad, because in the difficult and complicated world in which we live (…) we see destabilization attempts everywhere,” he said. “With Morocco, we have a country which acts in a very different way, a country of tolerance, which works for peace as it has shown in its initiatives for Libya, in particular.”

Christian Cambon also denounced a “kind of hostility” towards the Kingdom, shown by “certain intellectuals, who take Morocco as a target of criticism”, and qualified this denigration as “unreasonable”, and “not corresponding to reality.”

“I think that this is perfectly orchestrated, which makes me say that if I add up the tensions with Germany, with Spain, [and] now this wiretapping affair, the various elements lead us to believe that people are acting to destabilize the country,” he said, adding, “those who accuse Morocco, let them bring the evidence because it is too easy to make assertions without giving any evidence.”

Despite this fierce media campaign against Morocco and these serious accusations made by certain media in France, “we will celebrate the 22nd anniversary of the (Moroccan) Throne Day with satisfaction, friendship and respect,” the French Senator said.

Noting that Morocco and France face many challenges, especially on the environmental and security levels which are “more important”, Christian Cambon paid tribute to the action of Morocco, saying that by its presence in the Sahara, the Kingdom ensures its own security, but also that of Europe.

“Morocco is a strategic partner, and we are grateful that the action, under the leadership of His Majesty the King, brings us to the Sahel, where France is very committed and tries to fight terrorism and jihadism which have done so much damage. We deeply appreciate the very effective support that Morocco gives us,” he said.

For her part, Senator Catherine Morin-Desailly, vice-president of the France-Morocco friendship group, and president of the Committee on Culture and Communication in the Senate, stressed that the Internet had become a “new field of ‘world confrontation where dark forces, countries which do not want good to the relations of excellence between Morocco and France can interfere to convey accusations.”

“You have to be extremely suspicious of the manipulation of external forces,” she warned.

For her part, Catherine Dumas, senator from Paris, and vice-president of this friendship group, stressed that this senatorial body held a “very important role in conveying messages to the French by explaining that there is some misinformation going around “. “There, we have a very active role,” she said, renewing the group’s “solidarity” and “friendship” with Morocco, and emphasizing the need to work “so that this misinformation has as little impact as possible.”