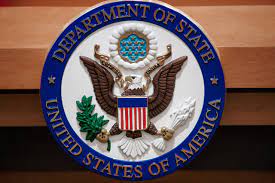 The United States has included on its terror blacklist Ousmane Illiassou Djibo, known as “Petit Chapori”, one of the lieutenants of polisario member Adnan Abu Walid al-Sahrawi.

The announcement was made Monday by the State Department. Djibo’s designation by the US a global terrorist confirms the connection of the Algeria-backed Polisario armed militias with terrorist groups operating in the Sahel.

It coincides with the meeting held in Rome between Secretary of State Anthony Blinken and Moroccan peer Nasser Bourita on the sidelines of the meeting of the Global Coalition to Defeat ISIS.

Djibo, a native Nigerien, is a leader of the Islamic State of Iraq and Syria in the Greater Sahara (ISIS-GS), operating in the Menaka Region of Mali. He is a henchman of ISIS-GS leader, Polisario jihadist Adnan Abu Walid al-Sahrawi.

The Polisario extremist Al-Sahrawi first pledged allegiance to ISIS in May 2015, and ISIS acknowledged the pledge in October 2016.

Djibo directed ISIS-GS members to develop a network to kidnap or attack westerners in Niger and surrounding areas. He has also taken part in numerous assaults on local forces. He led ISIS-GS fighters in the July 1, 2019 attack on the Nigerien Armed Forces (FAN) base in Inates, Tillaberi Region, Niger, and also provided the order for ISIS-GS fighters to take six Nigerien soldiers hostage during an ambush on Nigerien soldiers near Tongo Tongo on May 14, 2019.

ISIS-GS, which was designated FTO and SDGT in May 2018, continues to threaten the peace, security, and stability of Mali, Niger, and Burkina Faso.