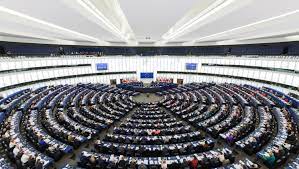 Those who expected this Thursday in Brussels a condemnation by the European Parliament of Morocco after a record number of migrants entered the occupied enclave of Ceuta last May were greatly disappointed.

Such a bitter disappointment comes after the resolution tabled by Spanish MEPs was not approved with the majority sought and did not gain the support expected under Spanish pressure.

In the European Parliament, some anti-Moroccan political groups were hoping to rally MEPs support for the Pedro Sanchez government which failed bitterly in the handling of the diplomatic crisis that opposed it to Morocco and which attempted to “Europeanize” this crisis. These groups’ hopes were shattered as the MEPs refused to be dragged into Madrid’s plot and its bilateral spat with Rabat over the Sahara issue.

Rather, the resolution embarrassed a number of political groups within the European Parliament, was described as counterproductive for the relationship between Morocco and Spain, and did not gain the backing of several MEPs, who slammed Spain’s aggressive maneuvers to garner as many votes as possible during the vote.

Besides, the European legislative institution underlined in its resolution the strategic importance of the relationship between EU and the North African Kingdom, stressing the need to deepen it further to serve the shared interests of both parties.

The European MPs realized the end-game of the Spanish government which chose to cooperate behind the scenes with the enemies of Morocco’s territorial integrity, making secret arrangements with Algerian military junta for hosting chief of Polisario militia with Algerian travel documents and false Id.

Such premeditated acts made by the Spanish Government have undermined the spirit of neighborliness, mutual trust and partnership with Morocco in return for Algerian gas under preferential terms.
During the debate, MEPs opposed 12 articles of the controversial draft and toned down its wording, according to sources from the European legislative institution.

The MEPs, aware of the geostrategic and political stakes, defended Morocco-EU partnership, and underlined the unique strategic relationship built over decades with the Kingdom, warning that this resolution does not serve the interests of Europe.

While the European Parliament emergency resolution “rejects” the alleged use of migration as a political tool by Morocco, it describes the Kingdom as “a privileged partner of the EU in the field of political and economic cooperation as well as trade, technical and development cooperation”.

The resolution says that Morocco has the “advanced status” with the EU, and affirms that its privileged relations with the European bloc “must be preserved”.

It also calls for the implementation of the “new EU agenda for the Mediterranean (…) in which Morocco is invited to strengthen its partnership with the Union” and welcomes the decision of King Mohammed VI to facilitate the return of all identified unaccompanied minors in Europe.

Thus, all the hostile smear campaigns and plots hatched by Morocco’s enemies at the European Parliament turned into its favor as many MEPs advocated the EU strategic partnership with Rabat, insisting on its development, nurturing and promotion for the sake of the two partners.