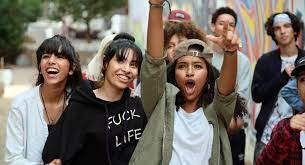 The movie “Casablanca Beats” or “Haut et Fort” by Moroccan Nabil Ayouch features on the list of competitors for the Palme d’Or at the 74th Cannes Film Festival, held July 6 through 17.

This is a première in the history of Moroccan cinema, the Moroccan Centre for Cinematography (CCM) commented.

“This is a première in the history of Moroccan cinema for a movie to compete at the official selection of the prestigious Cannes Film Festival,” the CCM pointed out in a statement.

Moroccan movies have participated in different categories of the Cannes Film Festival, including “La Semaine de la critique”, “Un certain regard” or “La quinzaine des réalisateurs”, the CCM recalled, adding that “the participation in the official selection shows the international reputation of Moroccan cinema.

“Casablanca Beats” was produced by “Ali n’ Productions” in 2020.

In addition to the Moroccan movie, 22 other films are in the line-up of the official selection of the 74th Cannes Film Festival.