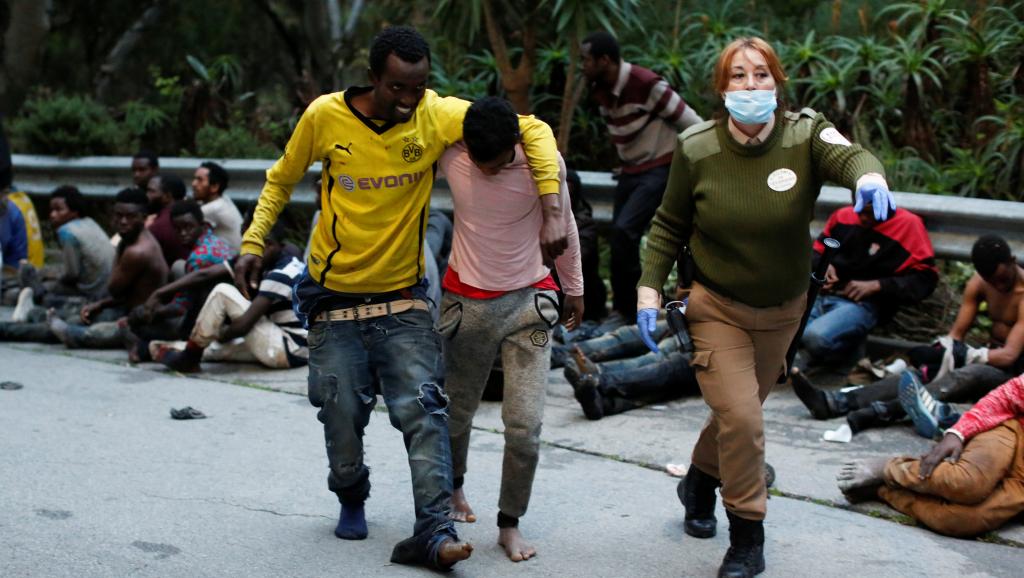 Some 5000 migrants cross from Morocco to occupied enclave of Ceuta 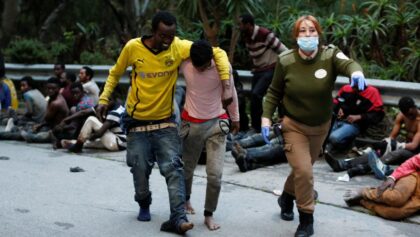 Nearly 5000 migrants, including young Moroccans, crossed from the northern coasts to the Spanish-occupied enclave of Ceuta, local media reported.

One person died in the crossing and the rest, including some 1000 minors, are waiting to be sent back to Morocco under a readmission deal.

Some swam while others crossed on feet. Videos shared by locals showed Sub-Saharan migrants marching to the enclave.

The crossing has taken place at a context of tension between Rabat and Madrid over the hospitalization of separatist leader Ibrahim Ghali in Spain under a false identity.

Morocco has deplored Spain’s decision to admit Ghali under a false identity and asked the Spanish judiciary to listen to the victims who want Ghali before justice for war crimes, rape and rights violations.

Rabat has also rejected the humanitarian argument often evoked by Spanish authorities and slammed the double standards of Spain which denies the same “humanitarian” considerations to the thousands of Sahraouis held against their will in the Polisario-run camps.

Morocco made it clear recently that it will sooner or later claim back Ceuta and Melilla.

Morocco has also decided to take strict measures against all sorts of smuggling, which obviously represented an added value for trade in the enclave and a detrimental aspect for the Moroccan economy. These measures had an asphyxiating impact on business in the enclaves.

Ceuta has been under Spanish occupation since the 16th century. Morocco claims the city along with the other Spanish occupied city of Mellilia as an integral part of its national territory.