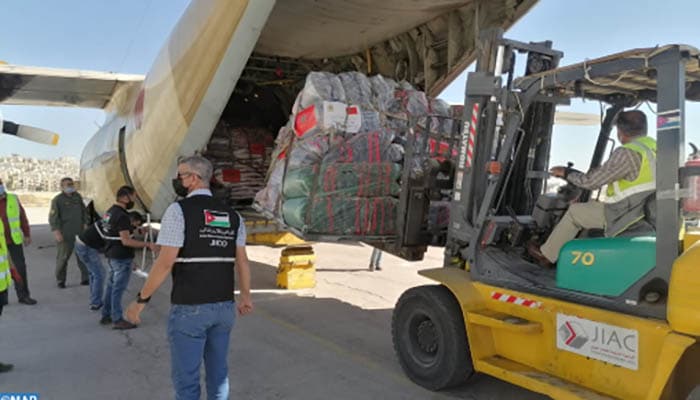 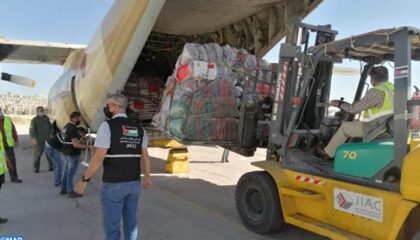 Algerian media have engaged in a spate of empty slogans of solidarity with Palestinians at a time Morocco sent 40 tons of emergency aid to the West Bank and Gaza.

The Algerian regime, blinded by an endemic anti-semitism, has engaged in an anti-Moroccan rhetoric often evoking Rabat’s decision to resume diplomatic ties with Tel Aviv as a betrayal of Palestinians. But on the ground, Algeria has not budged from uttering empty words to show solidarity with Palestinians.

Morocco had made it clear during and after the deal with Israel to resume diplomatic ties that it remains attached to the two- state solution and the rights of the Palestinians to set up an independent state in line with 1967 borders and with Eastern Jerusalem as its capital.

Morocco, whose king chairs Al Quds Committee, has also spearheaded efforts to defend the unique character and identity of Al Quds as a sacred city for the three religions and opposed all attempts at altering its civilizational character.

In keeping with its steadfast position in support of the legitimate Palestinian rights, King Mohammed VI ordered the shipment of 40 tons of aid including foodstuff, medicine and blankets to the conflict-stricken population.

Meanwhile, Algeria, Iran and other warmonger regimes that use the Palestinian cause to gain domestic support for their autocratic rule among their people have dwelt on empty rhetoric that does neither bring support to Palestinians nor help push forward the peace process.

Morocco, a centuries-old nation state, has no lessons to receive. Its decision to normalize ties with Israel where one million people of Moroccan descent live is a sovereign decision that was taken to serve the supreme interests of the Kingdom and included the US recognition of the Moroccan sovereignty over the Sahara.

Sit-ins and marches have taken place in different Moroccan towns to denounce the surge of violence targeting Palestinians.

North Africa Post's news desk is composed of journalists and editors, who are constantly working to provide new and accurate stories to NAP readers.
NEWER POSTTunisia to receive $500 million from US
OLDER POSTMoroccan Princess calls on international community to prioritize education for sustainable development