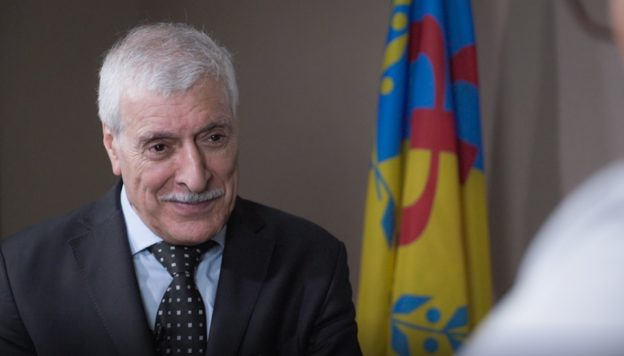 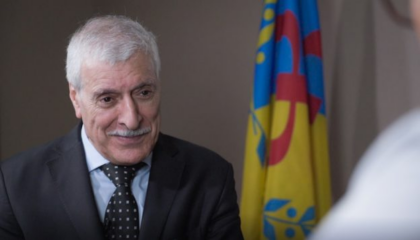 After failure of conspiracy theories waving the card of the foreign threat, the Algerian military junta is now targeting the Kabylie region’s independence movement, known as MAK, whom it accused of plotting bombings against Hirak protests.

The aged military commanders issued a statement accusing the secular independence movement of planning attacks in order to trigger a crackdown by authorities and use it to gain international support.

The movement for an independent Kabylie region, MAK, responded the same day and challenged the defense ministry to unveil the independence activist whom they accused of plotting bombings.

In a video, MAK leader in exile Farhat Mhenni said that the Algerian regime’s move will not frighten or push independence activists to underground activism.

He stressed the peaceful character of the movement and its rejection of all sorts of violence as well as its attachment to an independent Kabylie state.

This new desperate attempt to sow fear among Algerians by waving the card of terrorism and dismissing the Hirak as a movement instigated by the enemies of Algeria has once again failed to convince.

The Algerian regime has previously tried using its statements and media propaganda to discredit the Hirak as a Moroccan conspiracy.

The aging and ailing regime has also tried in vain to taint the Hirak as a protest movement serving Islamic extremists and terrorists.

The army’s dirty play is fooling nobody. Triggering painful memories of the black decade did not thwart the Hirak movement from gaining traction after a halt imposed by the pandemic.

The 2001 bloody events in which 125 youth were killed triggered the birth of the movement for the self-determination of the Kabylie region (known by its French acronym MAK) which continues to gain ground among the Kabyles in Algeria and in France where a large diaspora lives.

North Africa Post's news desk is composed of journalists and editors, who are constantly working to provide new and accurate stories to NAP readers.
NEWER POSTSahara: What if Morocco makes tit-for-tat response to Spain?
OLDER POSTSahraoui woman adds her voice to rape victims who want Polisario leader before justice