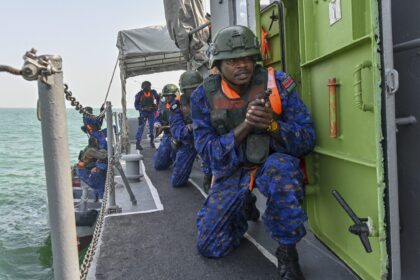 The announcement was made by the US Africa Command in a press release. The ongoing two-week OE-21 exercise, which started March 14 in the Gulf of Guinea and Atlantic Ocean, comes few days after Morocco’s Royal Navy & Air Forces and the US navy carried out a joint maritime exercise, “Lightning Handshake”, aimed at enhancing their interoperability.

“Obangame Express allows us to develop skills, with our regional partners, that will have a lasting impact on regional security in the Gulf of Guinea and the Atlantic Ocean,” said Rear Adm. Michael Baze, Director of Maritime Headquarters, US Naval Forces Africa.