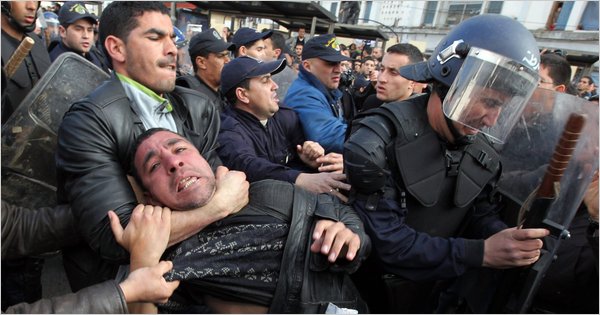 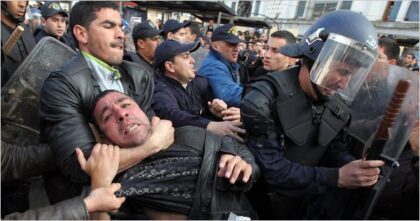 Algeria has been slammed by the U.N. Human Rights Office for its crackdown on members of the pro-democracy Hirak movement which has picked up on its momentum.

On Friday, thousands defied Covid-19 restrictions and took to the streets of Algiers and other cities across the country chanting slogans against the military junta and demanding a civilian democratic state.

The U.N. rights officials in Geneva denounced the violent response by Algerian security forces, who they accuse of using unnecessary or excessive force and arbitrary arrests to suppress peaceful demonstrations.

“There have been numerous instances across the country where security forces have used unnecessary or excessive force and arbitrary arrests to suppress peaceful demonstrations,” U.N. human rights spokesman Rupert Colville said.

“These developments echoed what happened earlier in 2019 and 2020, during which a total of at least 2,500 people were arrested or detained in connection with their peaceful activism,” he said.

“Similarly, the criminal prosecution in 2019 and 2020 of activists, human rights defenders, students, journalists, bloggers and ordinary citizens expressing dissent continued during the first two months of this year,” he added.

Protesters managed to avert a fifth term for ailing President Bouteflika but fell short of triggering a clean break with the military ruling regime which installed President Abdelmadjid Tebboune, whose frail health and repetitive absence for treatment abroad invokes a déjà vu in Algiers and further fuels the Hirak.

Algeria is worst off in 2021 compared to 2019 and its capacity to buy social peace through lavish spending has been curtailed by low oil prices and a widening budget deficit.