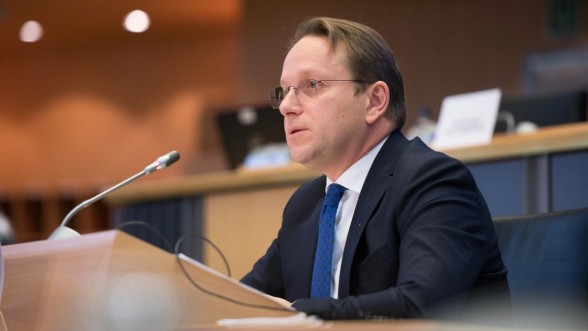 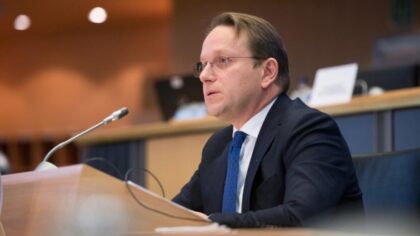 The European Commission has welcomed Morocco’s commitment to the new agenda for the Mediterranean, meant to relaunch and strengthen the strategic partnership between the European Union and its Southern Neighborhood partners.

The European position was expressed by EU Commissioner for Neighborhood Oliver Varhelyi, who reacted in a tweet to the remarks made by Foreign Affairs Minister Nasser Bourita in an interview with the Europe Agency, regarding this new innovative Southern Neighborhood Policy.

“Thank you for your engagement, we will work together to implement new Agenda for the Mediterranean to boost economic recovery, address common challenges and renew and strengthen our partnership in mutual interest and to benefit of all,” twitted Varhelyi.

The minister noted that the EC’s communication “reinforces us in the overall approach.” He recalled that in June 2019, Morocco and the EU agreed on four areas of cooperation that are, today, very relevant.

In seven of the twelve proposed flagship initiatives, notably the Mohammed VI Fund for strategic investments, renewable energy, sustainable agriculture, social protection, “Morocco notices a convergence between national priorities and the priorities that the EU wants to set in its relations with the neighborhood,” Bourita said.

In this new agenda for the Mediterranean, the European Commission has enshrined the centrality of the privileged partnership with Morocco and expressed its ambition for future cooperation in sectors that constitute a priority within the framework of bilateral relations.

The new Agenda is based on the conviction that by working together and in a spirit of partnership, common challenges can be turned into opportunities, in the mutual interest of the EU and its Southern neighbors. It includes a dedicated Economic and Investment Plan to spur the long-term socio-economic recovery in the Southern Neighborhood.

Under the new EU’s Neighborhood, Development and International Cooperation Instrument (NDICI), up to €7 billion for the period 2021-2027 would be allocated to its implementation, which could mobilize up to €30 billion in private and public investment in the region in the next decade.