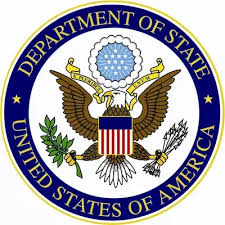 The stand of the United States on Moroccan Sahara remains unchanged despite the heavy pressure exerted by pro-polisario lobbyists paid by Algeria to push the Biden administration to reverse its predecessor’s recognition of Morocco’s full sovereignty over its entire Sahara territory.

But all the hostile campaign fueled by Algeria’s military junta was deflated on Monday by the U.S. State Department through its spokesperson, Ned Price, in daily press briefing. His remarks that there is “no update” on the U.S. stand on the Sahara is seen as a slap in the face of those who were hoping that Biden would backtrack on Trump’s support to Moroccan sovereignty over its Sahara, a risky geostrategic move for U.S. interests in the region.

Responding to a question on whether there is an update on the Sahara issue, Mr. Price said: “No. No update …at the moment”. “I think what we have said broadly still applies. We welcome the new steps Morocco is taking to improve relations with Israel”, added the spokesperson of the State Department, which has published lately on its website Morocco’s undivided map.

“The Morocco-Israel relationship will have long-term benefits for both countries. We will continue to support the UN process to implement a just and lasting solution to this longstanding dispute, the dispute in Morocco”, stressed Mr. Price.

“We’ll also support the work of MINURSO to monitor the ceasefire and to prevent violence in the area”, affirmed the State Department official.

His remarks must be disheartening and reality check for the enemies of Morocco’s territorial integrity. This means that the worst is yet to come for the polisario and its Algerian supporters as there is no U.S. policy review on the Sahara in sight.

The polisario leadership is facing increasingly an uncertain future as the situation in the Tindouf camp is on the verge of implosion due to the deteriorating living conditions, while the Algerian Generals are engaged in a power struggle heralding a major reshuffle in the army top ranks as the pro-democracy protest movement is gaining momentum.