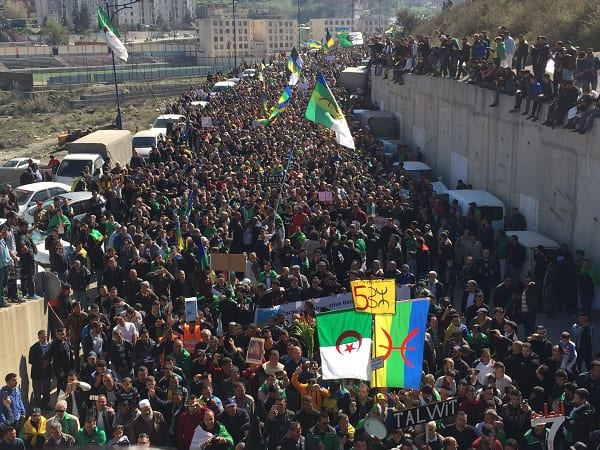 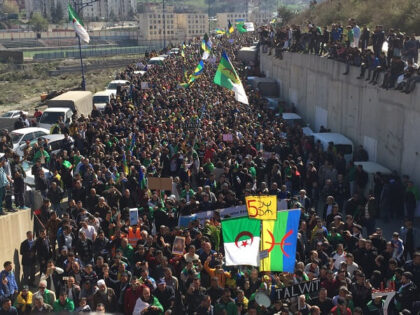 Time and money have run out for Algeria as it foot-drags on political and economic reform with thousands protesting against the authoritarian status quo on the anniversary of the country’s pro-democracy movement, known as the Hirak.

In the Algerian town of Kherrata, where the Hirak was born two years ago, thousands took to the street Tuesday demanding a clean break with a military junta that has been ruling the country behind a civilian facade since its independence.

The Hirak ousted Algeria’s veteran president in 2019 before the COVID-19 crisis forced it off the streets last year. The leaderless movement however failed to achieve its goal of renewing the ruling elite in favor of countering corruption, establishing a democracy and saving the crumbling economy.

Chanting “a civilian state, not a military state” and “The gang must go” protesters waved Algerian flags and the Amazigh flag triggering fears of an aging military regime seeing the protest spread to other regions.

The renewal of the Hirak came at a time Algeria has run out of money to buy social peace amid a surge of inflation and prospects for decreasing state subsidies.

Without subsidies and state largess mass protests are inevitable in Algeria. The regime is trying to revive painful memories of the 1990s through its media by highlighting the terrorist threat and the need for a strong army.

The army has also tried to divert attention of the disenchanted youth through portraying Algeria as targeted by Morocco and the West in a failed bid to cover up its corrupt management of the country and its squandering of Algeria’s oil wealth.

Since Bouteflika came to power in late 1990s, Algeria has squandered the equivalent of 1000 billion dollars, enough to develop the whole of Africa.

Oil and gas account for 95% of Algeria’s exports and its foreign exchange reserves are depleting leaving a resort to foreign debt inevitable. This means the state has to take painful austerity measures and cut its social spending which will further fuel the Hirak in the upcoming days.

North Africa Post's news desk is composed of journalists and editors, who are constantly working to provide new and accurate stories to NAP readers.
NEWER POSTUS State Department displays Morocco’s undivided map on its international travel information website
OLDER POSTMore voices call EU to follow the example of the US, recognize Morocco’s sovereignty over its Sahara