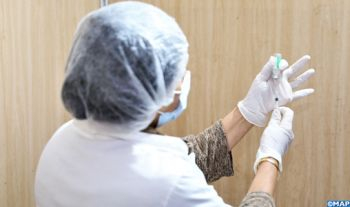 Morocco, the first African country to launch a national vaccine campaign, has so far given doses to 200,081 becoming so far the country with the most vaccinated people in the continent.

Morocco rolled out the vaccine on Friday after receiving two million doses from AstraZeneca and 500,000 jabs from China’s Sinopharm.

The vaccination campaign targeted at a first stage frontliners including medics, authorities and security services in addition to the elderly.

Morocco ordered 66 million doses including 25 million from AstraZeneca and the rest from Sinopharm.

Initial studies showed a significant drop in infections and hospitalizations after just one dose, and very few cases after two, said an Israeli report.

Morocco has extended its night curfew for two more weeks until February 16 in a bid to curb contagion amid an outbreak of new virus strains in Europe.