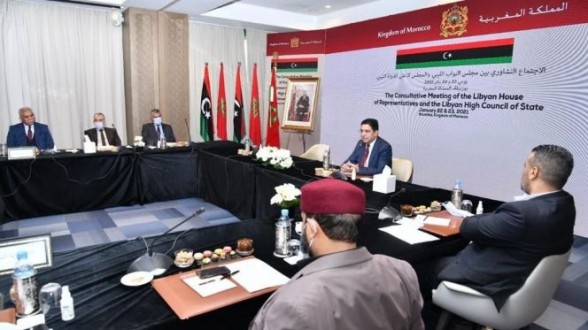 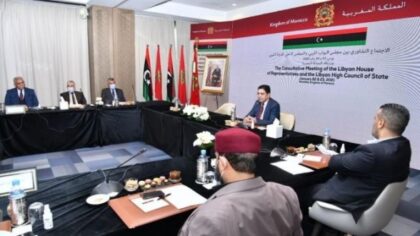 The two-day round of inter-Libyan talks held in Bouznika ended Saturday with the creation of working sub-committees that will examine candidacies for senior positions of responsibility in Libya.

In a final statement issued following this new round of inter-Libyan Dialogue, the delegations representing the High Council of State and the Libyan House of Representatives said the committees will examine the candidates’ files and resumes and make sure they meet the criteria and conditions agreed upon.

The timeframe for submitting candidacies will run from January 26 to February 2, 2021.

The statement stresses the need to respect the criteria of competence and professionalism and to ensure the geographical balance so as to guarantee a fair distribution of all senior positions in State institutions (government, leadership positions in economic and service institutions, in addition to those of sovereignty).

Appointments to these positions end as soon as the preliminary stage is closed, since the prerogatives will be restored to the elected authorities and to the government responsible for these authorities.

The participants in this 5th session of talks in Morocco called for the continuation of the Libyan dialogue at all levels, in particular at the level of the United Nations to end the conflict in Libya.

They expressed their thanks and gratitude to King Mohammed VI and to the Kingdom of Morocco for their continued support for the stability of Libya.

This new round of dialogue comes in the wake of the previous meetings held by the two parties in September, October and November in Bouznika and Tangier.

These previous meetings led to global agreements on the criteria and mechanisms for appointments to key positions, provided for in article 15 of the Libyan Political Agreement concluded in December 2015 in Skhirat.

The new Bouznika meeting also comes after the Libyan Political Dialogue Forum approved the mechanism to select the future leaders of the transition government that will oversee the elections scheduled for December 24, 2021.

North Africa Post's news desk is composed of journalists and editors, who are constantly working to provide new and accurate stories to NAP readers.
NEWER POSTAlgeria: President, army at tug of war
OLDER POSTMorocco to start vaccination campaign next week