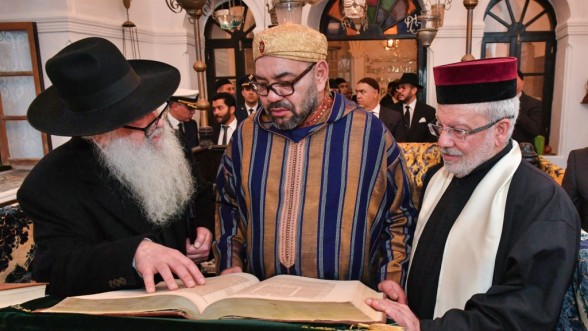 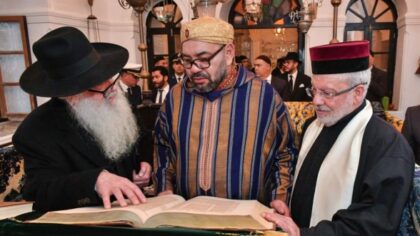 The US Special Envoy to Monitor and Combat Antisemitism, Elan Carr, hailed King Mohammed VI’s “vision of peace” as part of the progress toward peace in the Middle East.

Speaking at a virtual meeting marked by the signing of a memorandum of understanding (MoU) on combating Antisemitism and Islamophobia with the Mimouna Association, Carr explained that the Sovereign’s vision is based on “affection between the Arab and Jewish peoples and between the Muslim and Jewish religions.”

The MoU, signed by the US Special Envoy and the founder- president of the Mimouna Association, El Mehdi Boudra, aims to “develop and implement programs to promote mutual respect, appreciation, peaceful coexistence between the Arab and Jewish peoples and their respective countries, and between all faiths in the Middle East and North Africa.”

Under the terms of the MoU, these programs will be based on the curriculum of Morocco, the first country in the region to include Jewish history and culture in its textbooks.

In this regard, Carr congratulated the Mimouna Association for the “remarkable” and “profound” work it is doing to combat antisemitism and promote the Moroccan Jewish heritage.

Morocco’s ambassador to the United States, Lalla Joumala Alaoui, noted that “this new partnership is both timely and welcome as it extends the government of Morocco’s firm commitment to combating antisemitism, Islamophobia and all forms of hatred.”

“The MOU also reinforces the deep and longstanding partnership between our two countries in the fight against all forms of intolerance and the promotion of peace and mutual coexistence,” she said.

“It is an unwavering engagement spearheaded by His Majesty King Mohammed VI, who leads by example and upholds the proud heritage of tolerance perpetuated by his forefathers.”

“Thanks to the leadership of HM King Mohammed VI, the Jewish-Moroccan heritage is now taught at schools, and a center dedicated to Jewish culture has been built in Essaouira,” she said.

“The signing of this memorandum is not only dedicated to honoring Morocco’s Jewish past but also to create a future of harmony and tolerance for all generations to come,” the US official added.

For his part, El Mehdi Boudra expressed his gratitude for the US support for the action of the Mimouna Association to continue to carry out its mission.

During this virtual meeting, the executive director of the American Sephardic Federation (ASF), Jason Guberman, said that this memorandum of understanding represents a “new major step” and highlights “the vital work of the Mimouna Association to continue to make Morocco an exception in a world where intolerance is growing.

Created in 2007 by young students “eager to promote and preserve the Jewish-Moroccan heritage,” the Mimouna Association has since expanded its activities at the national level to engage in educating Moroccan youth about Moroccan Jewish heritage.

The awareness raising is done through the “Days of the Jewish-Moroccan heritage” and educational activities intended for high school students and graduates.