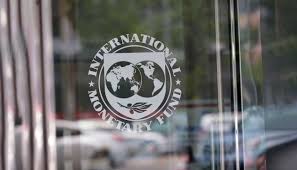 Morocco’s GDP growth is expected to increase to 4.5 percent in 2021 as the effects of the drought and pandemic wane and monetary and fiscal policy remains accommodative, announced on Wednesday the International Monetary Fund.

In a press release issued after concluding 2020 Article IV Consultation with Morocco, the IMF Executive Board also said that Morocco has decided to repay, in advance, part of the three billion dollars drawn last April on the Precautionary and Liquidity Line (LPL).

“IMF directors noted that the decision to use the precautionary and liquidity line arrangement in April 2020 had helped ease external financial pressures and maintain official reserves at an adequate level. They welcomed today’s announcement that the Moroccan authorities intend to repurchase part of the amount purchased under the LPL deal in the near future. Post-program monitoring would then no longer be necessary,” stated the press release.

Moroccan economic activity has slowed sharply in the 1st half of 2020 due to the combined impact of the health crisis and the drought (that affected agricultural production), the IMF noted.

Despite the swift response of the Moroccan authorities to curb Covid-19 pandemic, the economic slowdown has caused an increase in the unemployment rate to 12.7 pc in the third quarter of the year (from 9.4 percent last year) and has driven inflation lower so far in 2020, added the IMF directors.

Despite lower tourism receipts, the resilience of remittances and lower imports have contained Morocco’s external financing needs, and international reserves remain comfortably above last year’ levels also thanks to the purchase of the IMF precautionary liquidity line in April and the greater recourse to external financing, explained the IMF.

Moroccan Banks have so far weathered the recession relatively well, and credit has continued to increase in 2020, reflecting both the strong response of the central bank, that has improved liquidity conditions and cut interest rates thanks to the government’s support, said the IMF, praising Moroccan’s authorities’ swift policy response that helped mitigate the social and economic impact of the global health crisis.

The IMF Directors welcomed recent progress in increasing exchange rate flexibility and the authorities’ plan to overhaul the large state-owned enterprises sector to improve its efficiency and governance, and support private sector development.

The Fund praised Morocco’s commitment to extend the social protection system to expand its coverage, make access to benefits more equitable, and improve targeting and efficiency of spending.