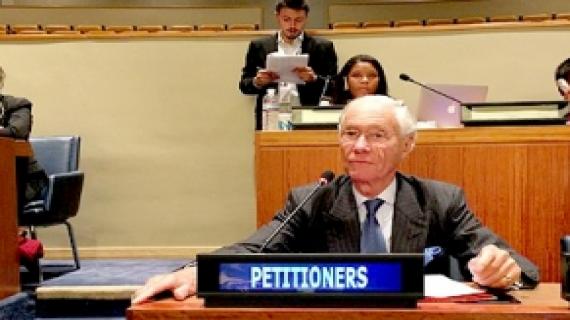 US proclamation on the Sahara, a strong impetus to efforts to settle the issue – Former Head of MINURSO 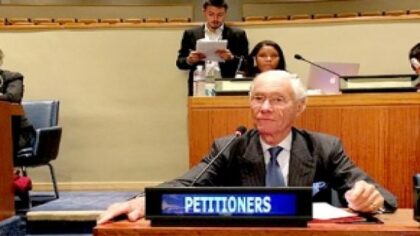 The US decision to recognize Morocco’s full sovereignty over its Sahara should provide a strong impetus to efforts to find a solution to the Sahara issue under the Moroccan autonomy plan, said Erik Jansen, former head of MINURSO.

“President Trump’s decision to recognize Moroccan sovereignty (over the Sahara) has provided a fundamental game-changing move by committing the United States,” Jansen who served as Special Representative of the UN Secretary-General for the Sahara in the nineties told MAP.

He deemed that the US decision “inevitably provides an impetus” to resolving this regional dispute.

In 2007, Morocco presented a regional autonomy proposal which was endorsed by the Security Council as serious and credible and was welcomed as a realistic compromise, he said.

Since then, numerous states have responded, providing visible signs of their support by opening consular offices in Morocco’s Southern provinces, Jansen added.

Jansen’s five-year mandate as Special Representative of the UN Secretary General to the Sahara has enabled him to better understand the ins and outs of this conflict.

He has repeatedly pointed out in various debates at the UN, the European Parliament or in conferences elsewhere that the autonomy is the “only honorable way” to settle the Sahara conflict, explaining that autonomy is a rather “elastic” concept which “excludes both extremes: integration and independence”, which makes it a good solution to the Sahara conflict.

Jansen has also on many occasions warned that the challenges facing the region, primarily the terrorist threats and the instability in the Sahel in addition to the feeling of frustration and despair that could push young people in Tindouf camps to join terrorist groups make it imperative to find a negotiated political solution to the Sahara issue.

And following the announcement last November by the Polisario on its withdrawal from the ceasefire agreement, Jansen had said the move “is extremely serious and threatens the stability of the whole region including the European neighborhood.”

He had then said that the Polisario’s banditry acts in the Guerguerat buffer zone on the border with Mauritania, “which serves as an important commercial and civilian transit link to and from other parts of Africa, constitute a particularly dangerous new element.”

He explained that the frustration of the Polisario and its inability to move forward its ambitions, accentuated by the dire situation at all levels in the Tindouf camps, risk to explode the situation.

North Africa Post's news desk is composed of journalists and editors, who are constantly working to provide new and accurate stories to NAP readers.
NEWER POSTTourism training institute opens in Dakhla
OLDER POSTAlgerian Imams asked to give diatribes against Morocco instead of Friday sermons